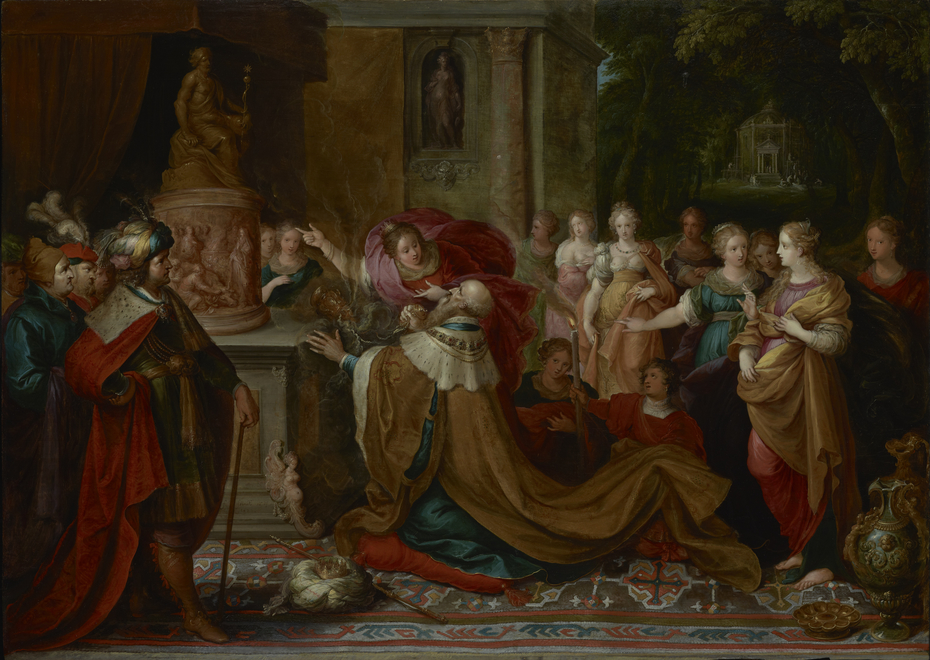 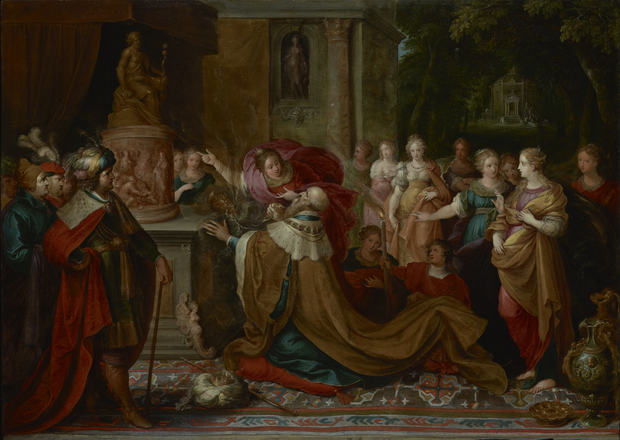 The Idolatry of Solomon

1622
Wearing a magnificent silk robe with an ermine lining, King Solomon kneels and makes an offering to a pagan idol. One of his wives appears to instruct him while several other concubines, lavishly dressed, stand behind. A group of men in elaborate headpieces and rich finery watch Solomon and the women from the left with displeasure, as if they know that Solomon's idol worship will eventually destroy his kingdom. The Temple of Jerusalem, which was erected under the King's reign, is under construction in the background.

Solomon was known for his proverbial wisdom and great wealth. In his later years he was drawn more and more to the pagan cults, which were thought to have been introduced into Israel by the women who came from neighboring kingdoms to join his large harem.

This subject was popular in Protestant countries in the 1600s because it reflected Protestant disapproval of the Catholic Church's use of religious imagery, a practice that Protestants viewed as idolatrous.