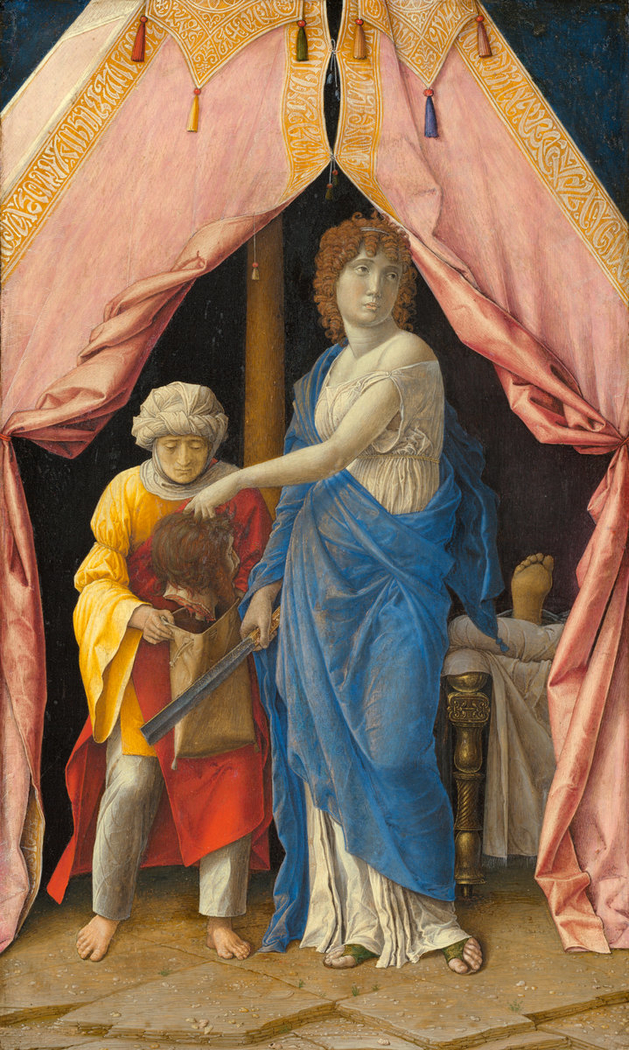 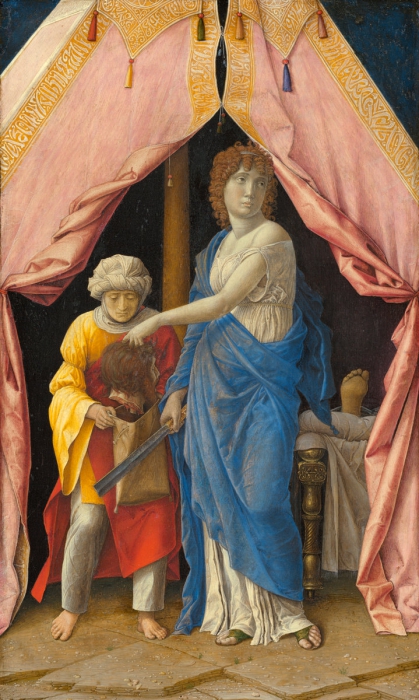 Judith with the Head of Holofernes

The story of Judith and Holofernes comes from the Old Testament Apocrypha, sacred texts that were excluded from the Bible. Besieged by the Assyrians, the beautiful Israelite widow Judith went into the enemy camp of Holofernes to win his confidence. During a great banquet Holofernes became drunk, and later in his tent Judith seized his sword and cut off his head. Their leader gone, the enemy was soon defeated by the Israelites. This ancient heroine was understood in the Renaissance as a symbol of civic virtue, of intolerance of tyranny, and of a just cause triumphing over evil. The moralizing subject was a favorite of the artist.

Judith is portrayed as if she were a classical statue. The drapery folds of her costume, a clinging white gown, fall in sculptural forms, and her stance, the twisting contrapposto prevalent in Renaissance figures, derives from ancient models. The heroine is serene and calm, detached from the gruesome scene as her victim's head is dropped into a sack held by the servant.