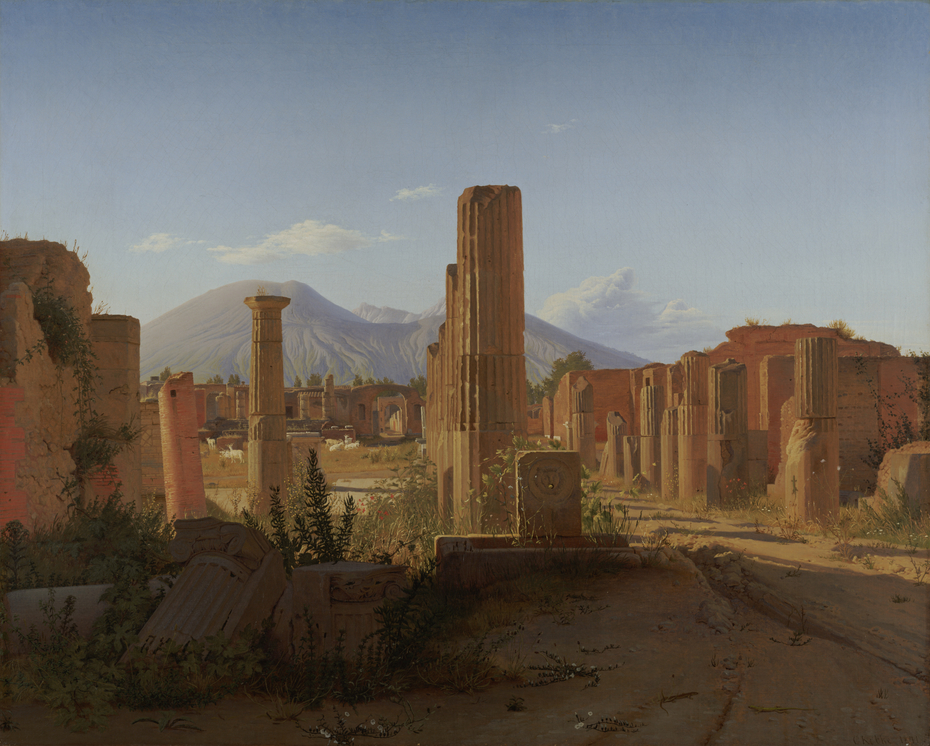 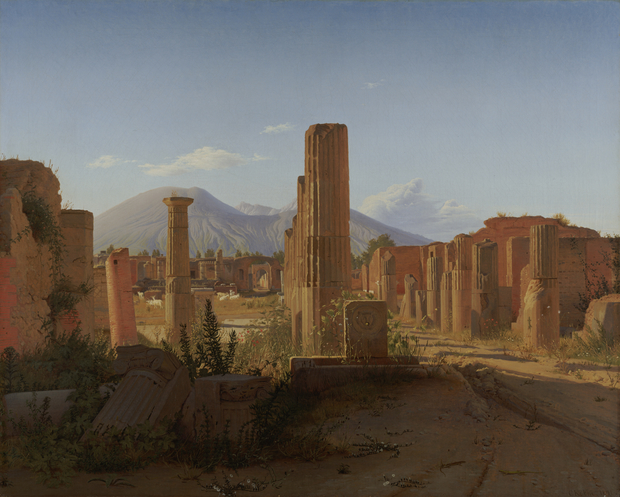 The Forum at Pompeii with Vesuvius in the Background

1841
Under a brilliant, clear blue sky, a sense of stillness and abandonment prevails in this scene, reinforced by creeping vegetation, grazing goats, and lizards scurrying across a dirt path. Behind the ancient city of Pompeii, Vesuvius silently looms, its presence serving as a terrifying reminder of the havoc it wrought in A.D. 79, when the city and its residents were buried beneath its molten lava. Christen Schjellerup Købke drew the architectural remains of the forum with sharp precision, giving the painting a sense of order and clarity. He added a sense of drama by intensifying the contrast between light and dark, painting the foreground fragments almost completely in shadow.

Excavations of the buried city began in 1748 and continue to this day. Scholars and curiosity seekers came in droves to see the ancient ruins. Købke was one of many artists to visit the site, where he made detailed studies. After returning to his native Copenhagen, he set to work on this painting. [Source: The Getty]

License:
Courtesy of The Getty
For more:
http://www.getty.edu/art/collection/objects/757/christen-sc…