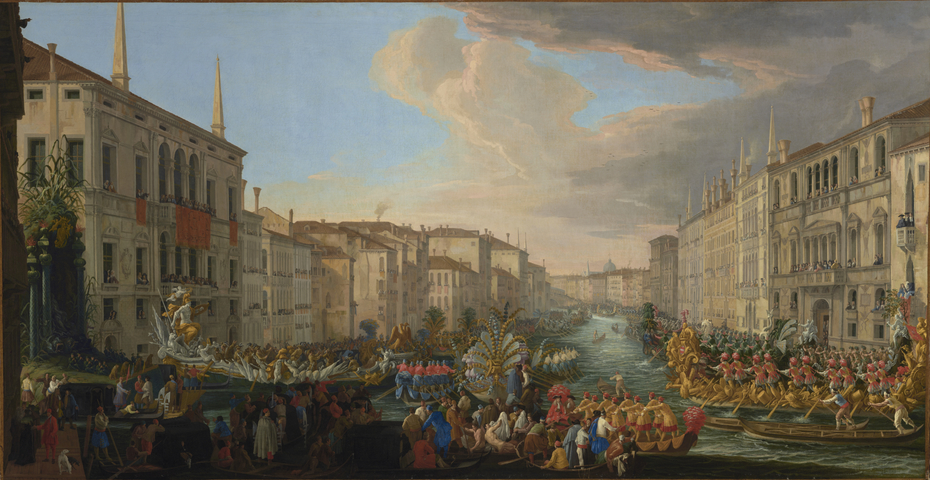 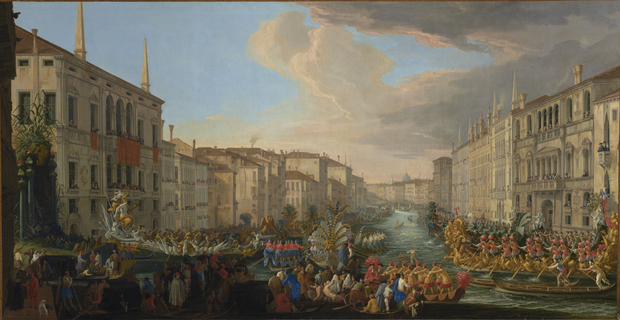 Regatta on the Grand Canal in Honor of Frederick IV, King of Denmark

1711
A variety of brightly colored boats line the Grand Canal to participate in a regatta or boat race held in honor of the visiting King of Denmark, Frederick IV. In the middle boat, liverymen in red and gold uniforms row the king, dressed in red, toward his waiting hosts at the Palazzo Foscari, seen on the left. They will pass a huge green parade float, decorated with royal, Venetian, and aquatic symbols, that marks the end of the race. At the foot of the float are four different colored flags; whoever grabs the red flag first is the winning boatman.

The view towards the Rialto bridge, seen in the far distance, shows in great detail the facades of buildings alongside the canal, with spectators filling the balconies. Luca Carlevarijs painted many vedute, views of Venice that were popular souvenirs with diplomatic visitors and wealthy foreigners making the Grand Tour of Italy in the 1700s.

License:
Courtesy of The Getty
For more:
http://www.getty.edu/art/collection/objects/796/luca-carlev…