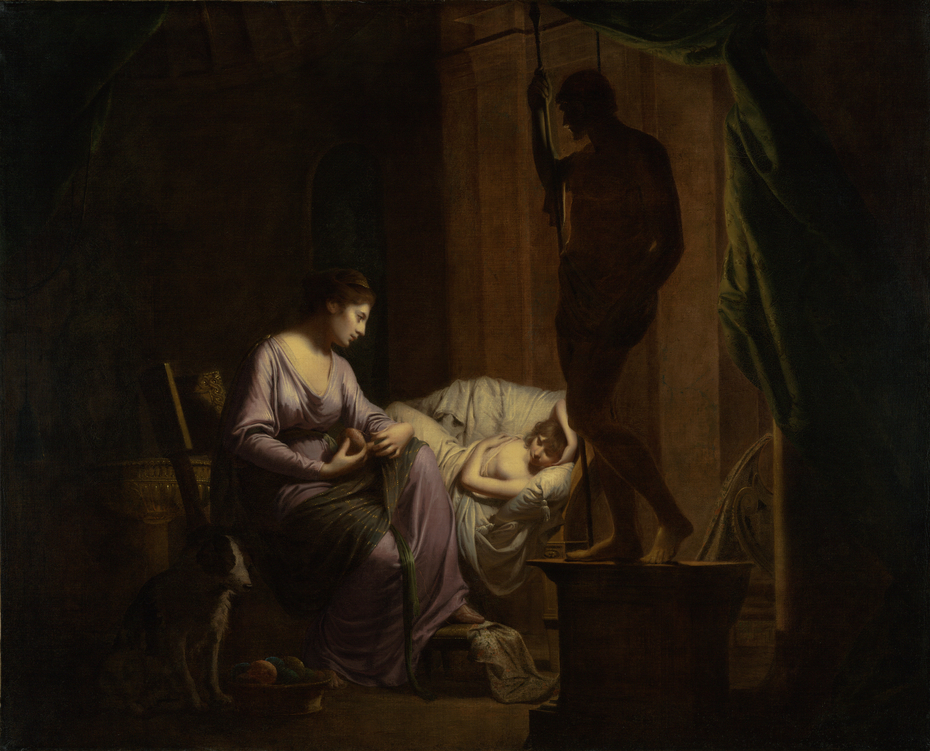 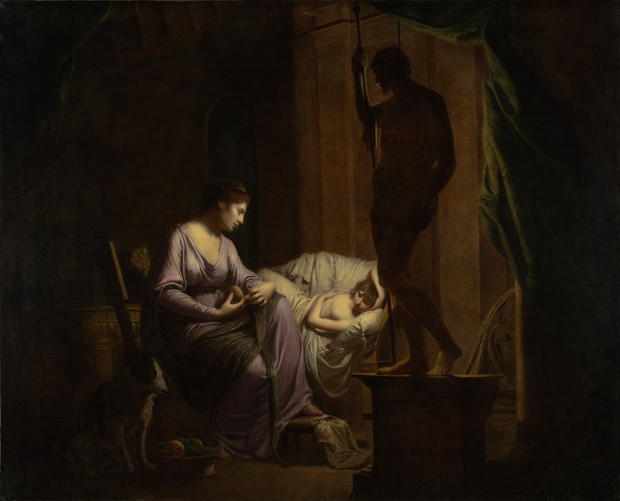 The potter Josiah Wedgwood commissioned this painting from Joseph Wright of Derby as a tribute to female loyalty and industry. In Homer's Odyssey, Penelope, awaiting the return of her husband Odysseus from the Trojan War, was beset by suitors who claimed that Odysseus had been shipwrecked. She promised to marry one of them after she completed a shroud for her father-in-law. Steadfastly loyal to her absent husband, Penelope unraveled her weaving at the end of each day to avoid remarrying.

Wright presented Penelope late at night, rewinding her thread into a ball. In the foreground, the backlit statue of Odysseus invokes his presence. Moonlight bathes the sleeping figure of their son Telemachus while Penelope looks on. The strong effect of light and dark contributes to the hushed atmosphere and increases the drama of Penelope's plight. [Source: The Getty]


Text by the contributor: The Myth behind the painting

Penelope, wife of King Odysseus (Ulysses), waited for her husband to return from Troy for twenty years. While she waited, suitors, claiming the throne, would stay in her palace, courting her. In order to escape them and stay faithful to Odysseus, Penelope vowed to marry one of them, as soon as she would have completed the web she was weaving. But that would never happen! Penelope, famous for her cleverness apart from her faithfulness to her husband, every day night would unravel the fabric she had woven the day before...