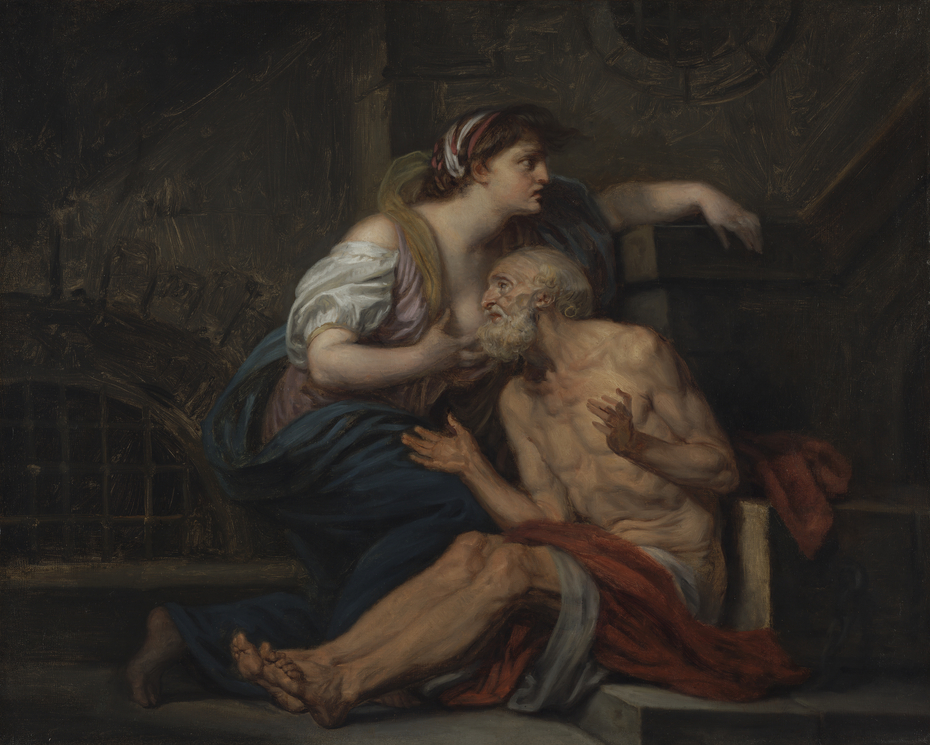 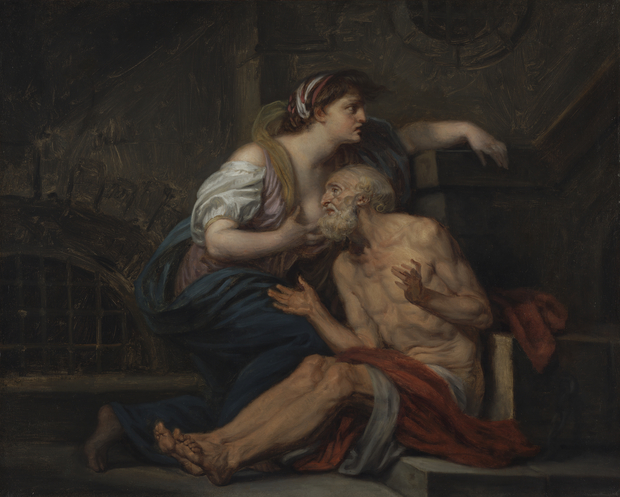 1767
When the aged Cimon was forced to starve in prison before his execution, his devoted daughter Pero secretly visited her father to nourish him at her own breast. In his Memorable Acts and Sayings of the Ancient Romans, the ancient Roman historian Valerius Maximus presented Pero's selfless devotion as the highest example of honoring one's parent.

In the 1600s, major artists painted dramatic versions of the popular subject, which Jean-Baptiste Greuze and other artists revived a century later. Closely basing the setting and arrangement of figures on Peter Paul Rubens's version, Greuze probably made this oil sketch as the final stage of preparation for an unexecuted, large-scale painting. Contemporaries admired the rapid execution, vibrant colors, and lively paint handling in Greuze's oil sketches. The critic Denis Diderot lavishly praised his combination of genre and history painting and his public, moralizing purpose.

License:
Courtesy of The Getty
For more:
http://www.getty.edu/art/collection/objects/127301/jean-bap…