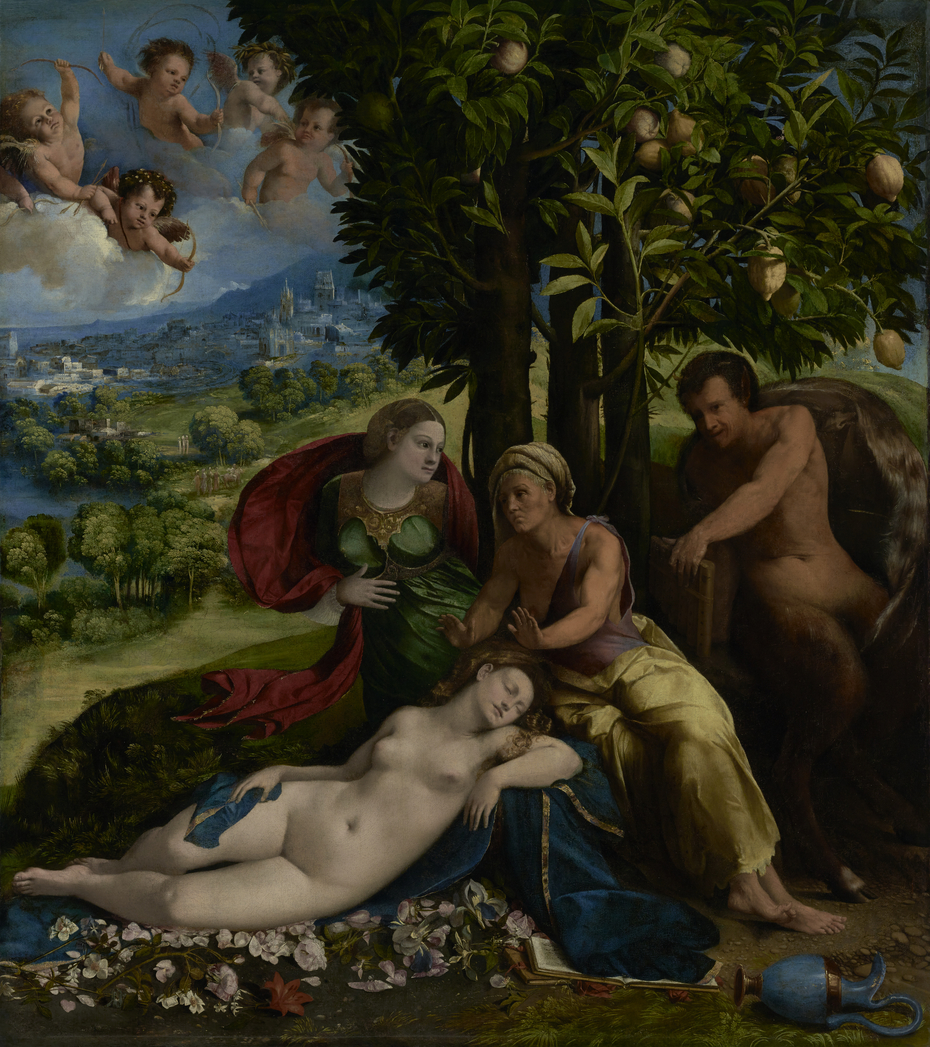 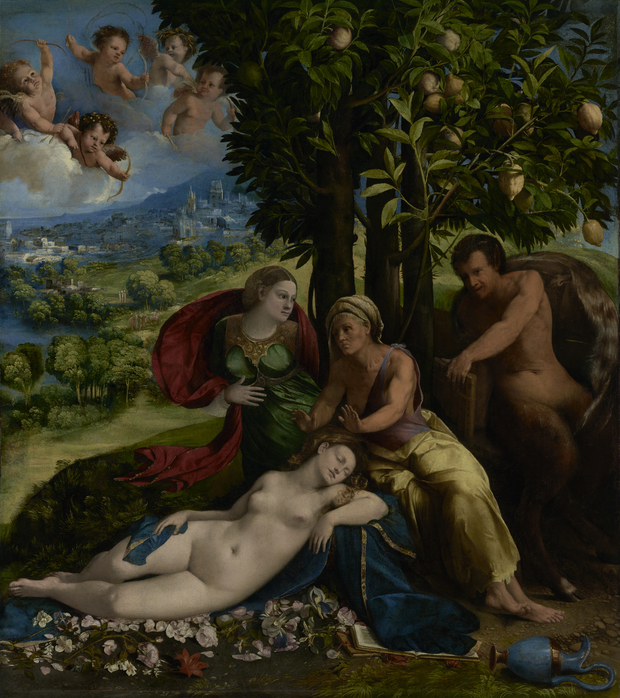 1524
An array of enticing visual clues has given rise to many theories about Dosso Dossi's Mythological Scene, but no one has determined the painting's precise meaning. The cupids in the sky, the lush setting, and the sensuous nude lying on a bed of flowers indicate that the subject is love. The male figure on the right is the Greek god Pan, a satyr. In Renaissance allegories he personifies lust, since he seduced the nymphs with the music of the pipes held in his left hand. The sleeping nude in the foreground may be the nymph Echo, who spurned Pan for Narcissus. The old woman at the center of the group could be Echo's protector Terra, who sits above her and shields her from harm. Next to the old woman, dressed in a green gown, billowing red cape, and armor, is a mysterious and yet to be identified woman. Her costume indicates that she is likely a goddess. Dossi painted this figure and then changed his mind and covered her up with a landscape. She was uncovered again during a restoration in the 1800s.

Additional clues also tell scholars that the painting was cut down by about six inches on the left side at some point. The arm of another cupid can be seen at the painting's upper left edge, and a x-radiograph reveals the partially cut-off figure of a man under the lower part of the landscape. X-ray photographs also display various pentimenti, or alterations made by the artist. Initially, Dossi included a suit of armor and a sword hanging from the lemon tree, a cello held by the woman in the red cape, and a downward gaze on the face of the old woman.

License:
Courtesy of The Getty
For more:
http://www.getty.edu/art/collection/objects/707/dosso-dossi…