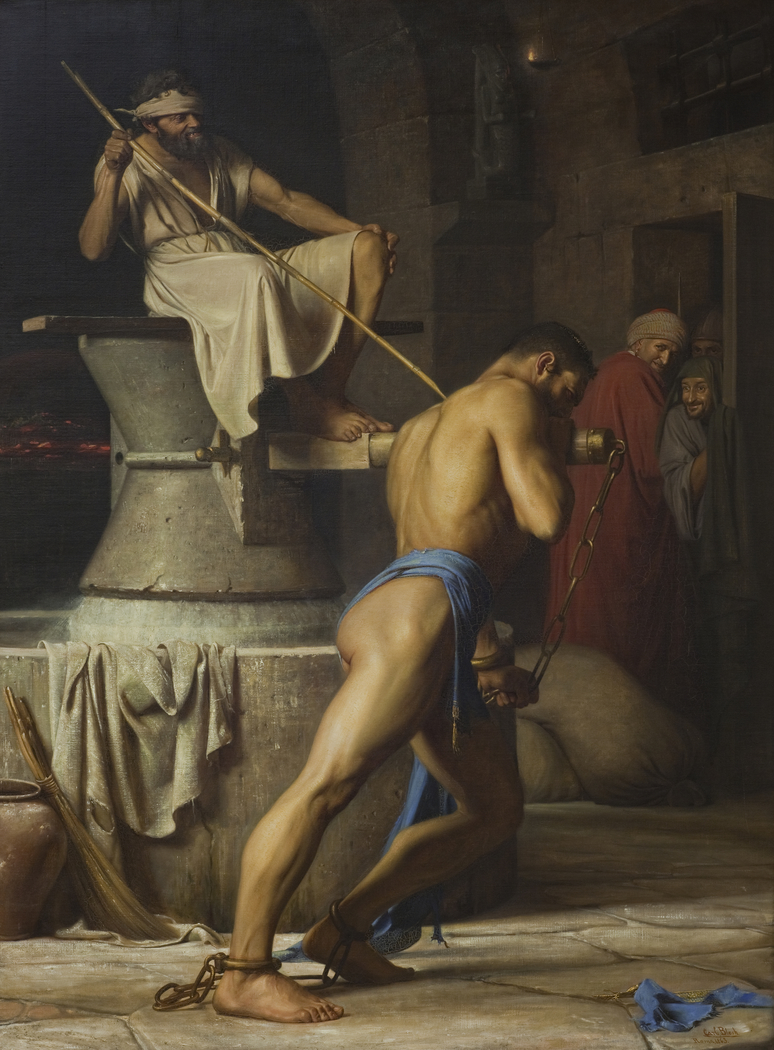 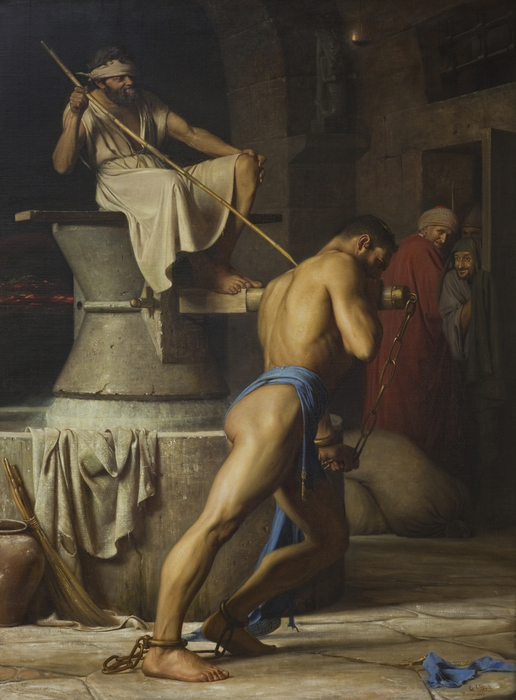 Samson and the Philistines

1863
With Samson and the Philistines, painted in Rome in 1863, Bloch entered the Danish art scene in earnest.

With his virtuoso technique and narrative devices such as the way we as spectators are drawn into the scene, and the sheer concentrated action of the piece he brought Danish art on a par with contemporary European history painting.

The theatrical effects
Art history has reproached Bloch for his pronounced use of theatrical effects. Seen in a wider perspective, however, it is remarkable how his aggressive involvement of spectators and setpiece authenticity points ahead towards the aestetics of film where such effects are basic elements.

Just think of the Hollywood studios and D.W. Griffith’s (1875-1948) lavish historical extravaganzas, the theatrical facial expressions and gestures, and the use of close-ups to remove the filters between spectators and objects.

Denmark's greatest painter
Samson was followed by several similar pictures, which brought Bloch great recognition, carving him a reputation among his contemporaries as Denmark’s greatest painter. Bloch’s principal work is the series of 23 paintings with scenes from the New Testament that the brewer J.C. Jacobsen (1811-1887) of Carlsberg fame commissioned in 1865 as decorations for King Christian 4.’s (1577-1648) prayer seat in Frederiksborg Chapel.﻿

License:
Courtesy of the National Gallery of Denmark
For more:
http://www.smk.dk/en/explore-the-art/highlights/carl-bloch-…