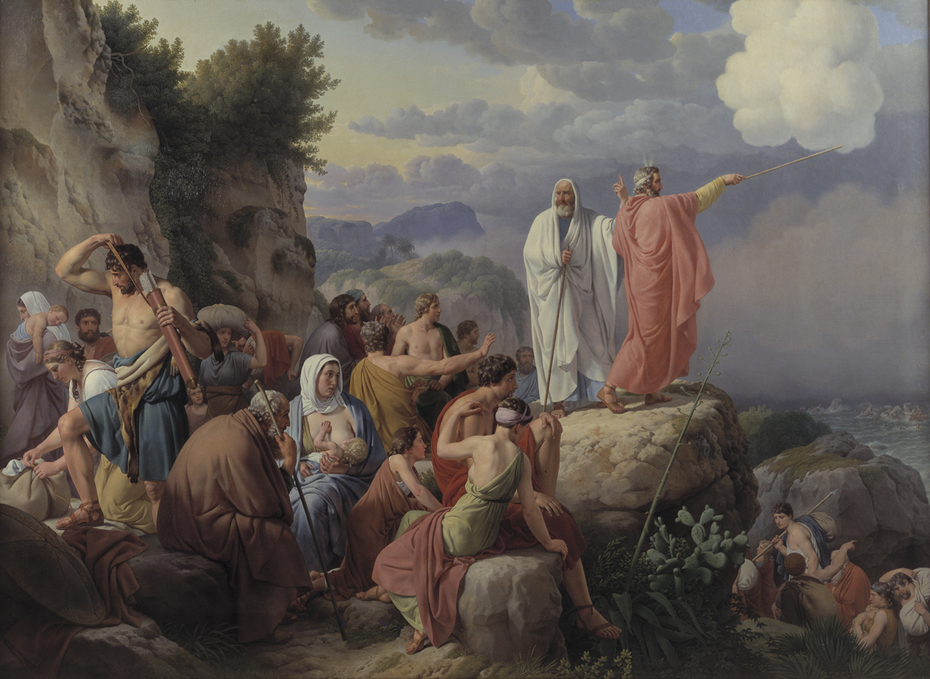 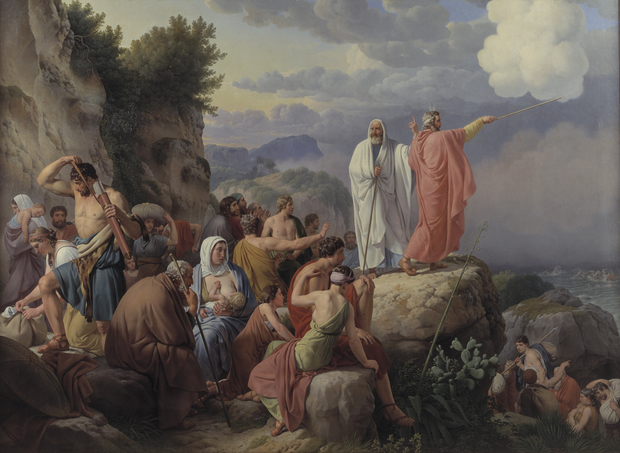 The Israelites Resting after the Crossing of the Red Sea

1815
In 1812 Eckersberg was commissioned to paint the Israelites’ crossing of the Red Sea, when Moses and the Jewish people escaped Pharaoh’s soldiers.

The painting became Eckersberg key commission while in Rome 1813-16. Rather than the crossing itself, however, he elected to depict the following scene, showing the Israelistes resting after their crossing. As he said in a letter, he wanted to avoid “the Mystery of the narrative”. The supernatural was not his forte.

A biblical scene shown within a real landscape
The painting demonstrates Eckersberg’s ability to group many figures in a natural manner. He also introduced something entirely new to a biblical scene. The people are shown within a real landscape setting based on studies of nature, and painstaking observations served as the basis for the depiction of the morning sun and cloud formations.