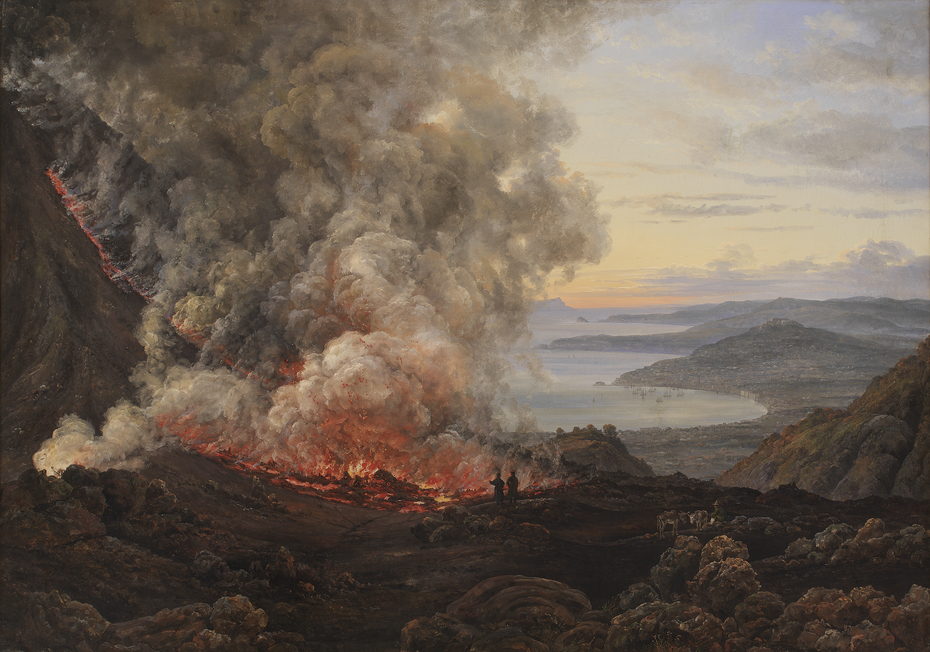 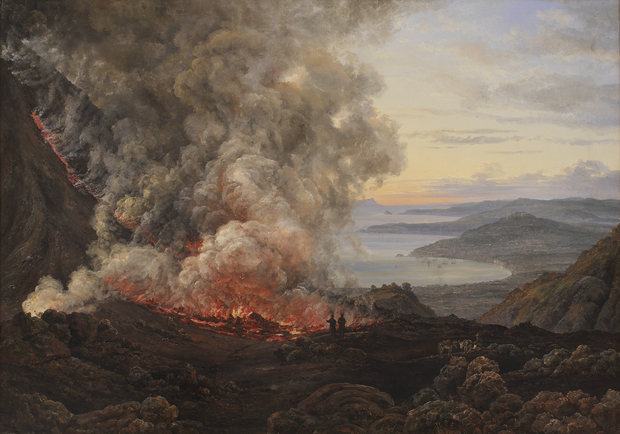 Eruption of the Volcano Vesuvius

1821
The Norwegian painter J.C. Dahl spent time in Italy in 1820-21, and while in Naples he witnessed the Vesuvius erupting, creating a range of drawings and painted studies of the event from the closest possible range. One of these studies served as the basis for this painting. He repeated the motif six times, a sure indication of its appeal for contemporary audiences.

The artist described the event as an ”interesting and horribly wondrous sight”, a choice of words that made it clear the volcanic eruption, with all its majesty and horror, should be seen as an example of the kind of awe-inspiring, sublime phenomena that had thrown philosophers, artists, and art lovers into a bittersweet state of dread and titillating awe ever since the early Romantic period.

The picture comprises two parts. In the left-hand side Dahl focuses on the relationship between man and the overwhelming spectacle: Two tiny figures serve to indicate the scale of the scene, watching the vast forces of nature with enraptured attention. Looking to the right, however, one begins to suspect that the figures might be thrill-seeking tourists who rode up the volcano on the waiting donkeys.

Indeed, the deep landscape includes elements from a Naples tourist prospect from the time: the bay, the city, and its landmark volcano which was often shown towering in the background, but takes up the foreground here.

License:
Courtesy of the National Gallery of Denmark
For more:
http://www.smk.dk/en/explore-the-art/highlights/johan-chris…