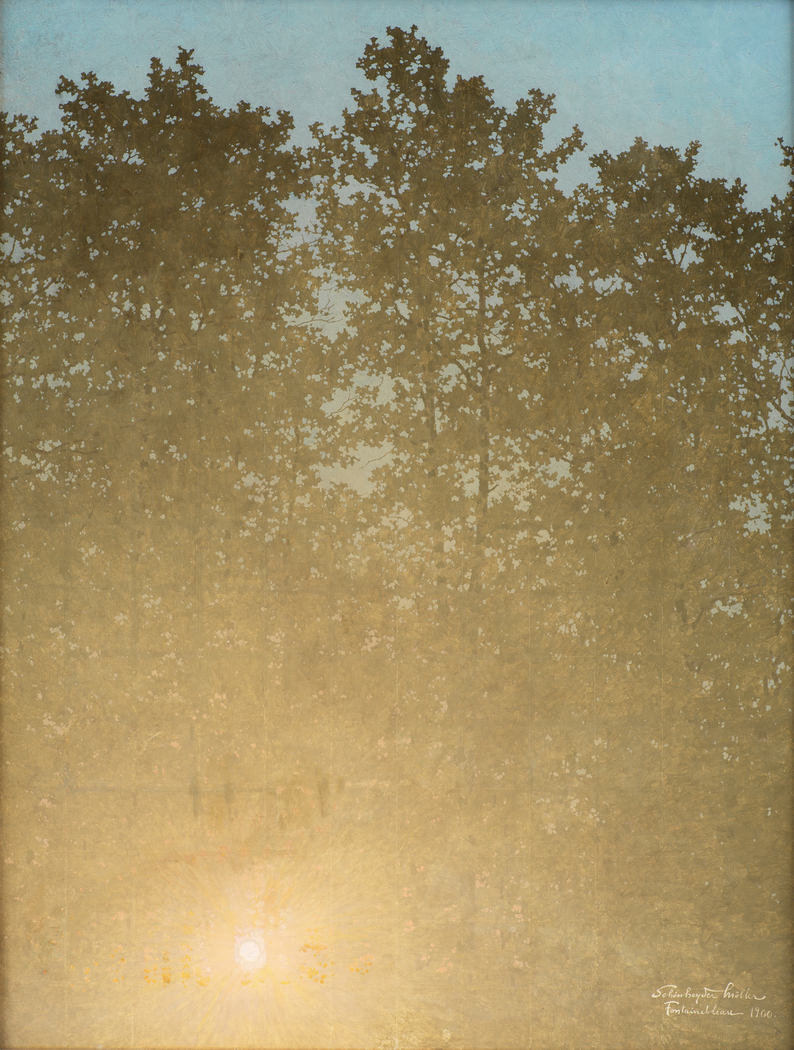 1900
Sunset, Fontainbleu was painted in 1900, while Valdemar Schønheyder Møller resided in France.

Møller experimented heavily with photography as part of his interest in light and light phenomena.

The painting's motif
The painting shows the sun between tree trunks, but the sun's light and rays seem to almost burn their way through them, as can be seen when looking directly at it, or reaching a camera take in the light. Moreover, a distinct square pattern is visible on the entire painted surface, making the strange composition of the sun near the bottom corner of the painting appear as a very calculated effect. The motif is in the middle between being realistic and being a kind of inner vision.

About Valdemar Schønheyder Møller
Valdemar Schønheyder Møller was bipolar and spent his last years, from 1901 to 1905, at the Mental Hospital in Aarhus. As a younger member of the group of Skagen Painters, it was there that he received the most sympathy for his experiments with light, painting and photography from Anna Ancher. He was called "le Peint de soleil" because he always painted the sun. (Source: National Gallery of Denmark)

During his stay in Paris around the turn of the century Valdemar Schønheyder Møller experimented wit painting landscapes viewed directly against the sun.

In the forest view from Fontainebleau he appears to have gone further than in any other painting. He has looked towards the sun between the tress, but the sunlight has taken on such brightness that the lowest parts of the tree trunks appear to dissolve in a sea of fire and lose all their material substance.

Similar attempts to capture the intense, almost destructive sunlight were made by a number of other European painters at the same time, especially by the Italian Giuseppe Pellizza and the Pole Wojciech Weiss.

License:
Courtesy of The National Gallery of Denmark
For more:
https://www.smk.dk/en/highlight/sunset-fontainebleau-1900/ 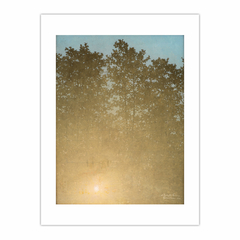 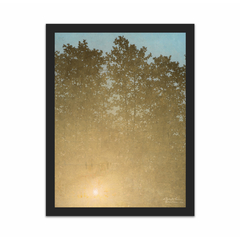