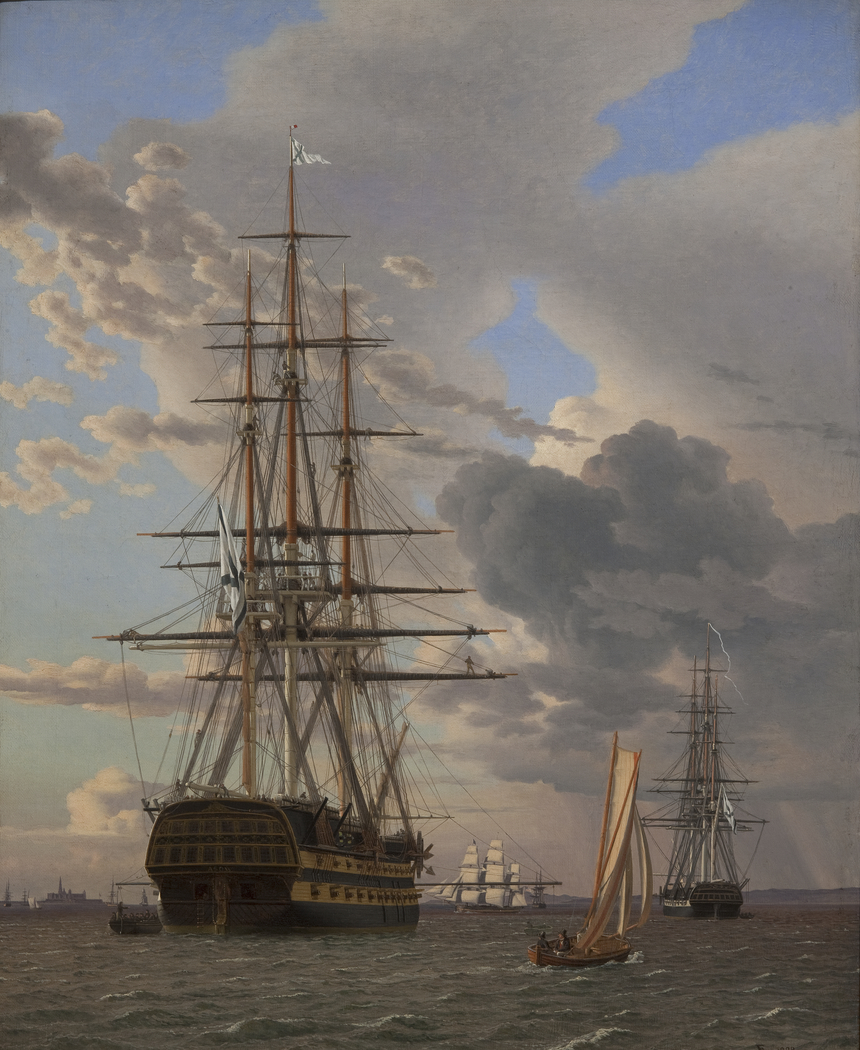 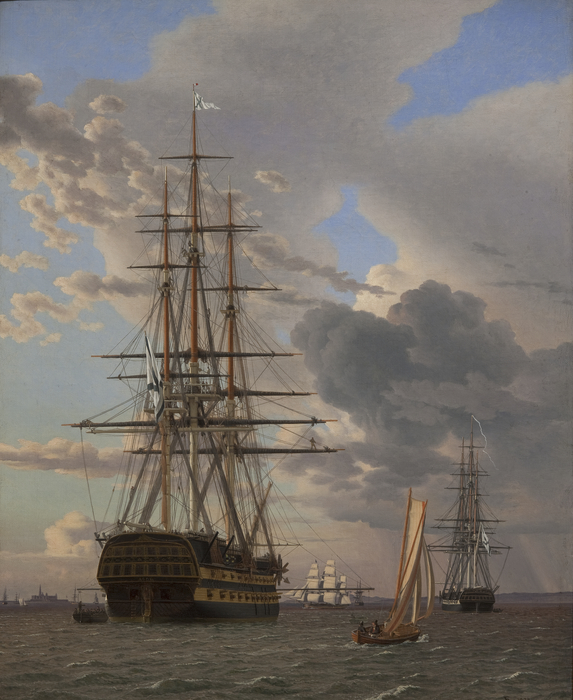 1828
C.W. Eckersberg had studied Russian ships of the line on two occasions before embarking on the painting of the “Asow” in 1828. Both times, however, his studies were made at Copenhagen, not Elsinore as shown in this picture. Thus, this painting is not a faithful reproduction of a single, specific scene; it is a presentation of what the ship would look like if viewed from a favourable position on the Oresund.

As realistically as possible
Eckersberg prepared the painting with great care. He borrowed plans of ships of the line from the Danish navy, and he painstakingly calculated the relative positions of the ships on the water. He also studied the light, wind, and other meteorological conditions before commencing work, taking extra care to paint the cloud formations as realistically as possible.

Seascapes as favourite subject
After 1821 seascapes had become Eckersberg’s favourite subject. They allowed him to bring together his interest in nature, ships, and meteorology, and over the next three decades he had the opportunity to depict almost every conceivable type of ship in every marine situation imaginable.