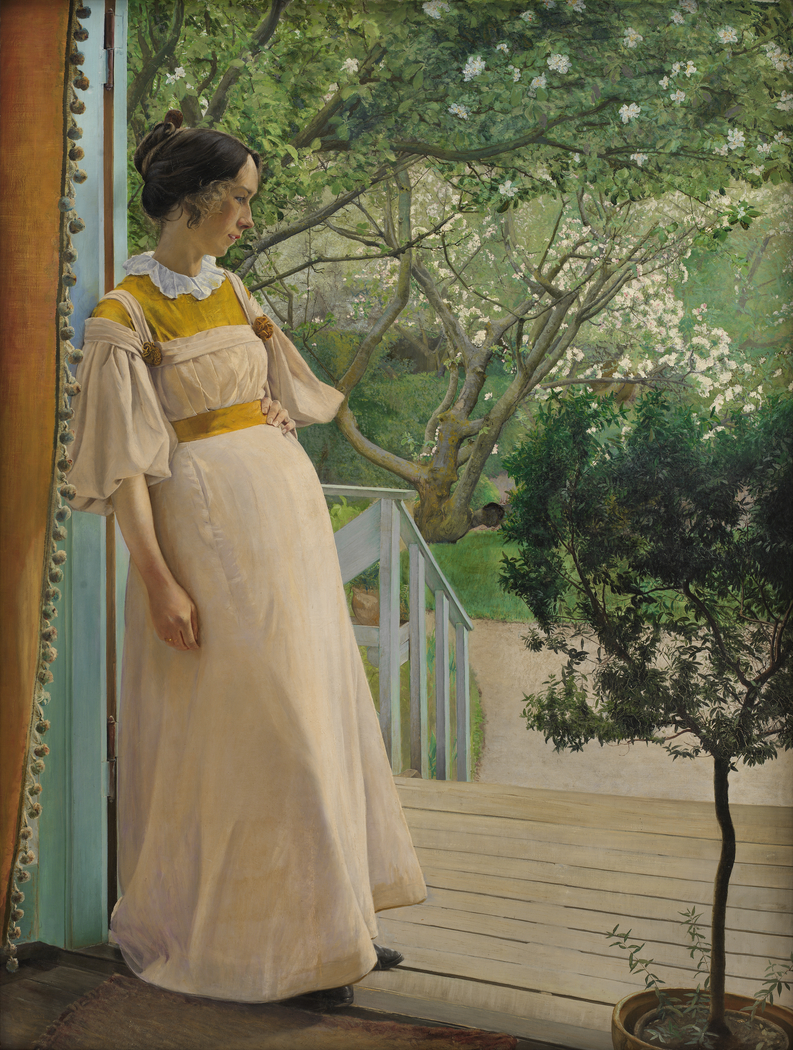 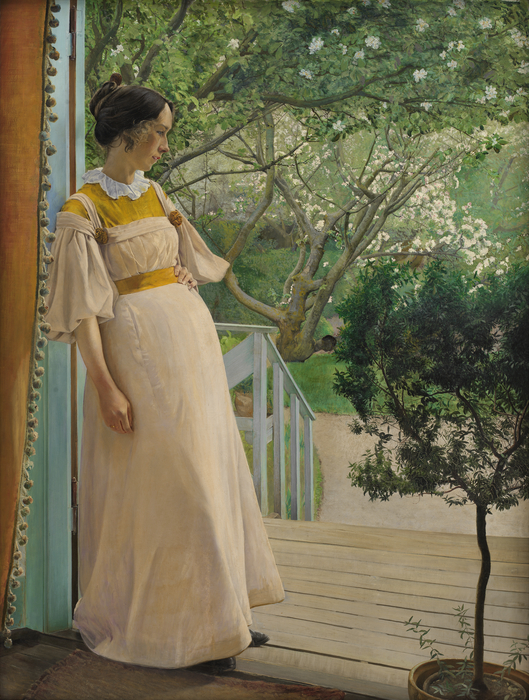 1897
L.A. Ring was married in 1896, the year before he painted this portrait of his wife, Sigrid Kähler (1874-1923). At that time he was 42, while she was 22. Thus, it seems natural to join several other art historians in interpreting this image as a declaration of love for the artist’s pregnant wife, with the promise of spring acting as a symbol of the consummation of love.

With so much new-found happiness, hope, and flowering plants gathered in one place it seems as though the awareness of the opposite of life, death, becomes the underlying theme or perhaps the experience that Ring attempts to handle or exorcise with his painting.

An experience that Ring, an atheist, expressed in many works. Here, he addresses the theme by contrasting Sigrid’s belly against stunted, gnarly branches. A reminder of the fragility that also encompasses the budding life sensed in both man and nature.

This painting joins the ranks of many other monumental portraits of women and wives created by Danish
artists in the decades around 1900. Pictures that speak of a perception of women that is gradually liberating itself from the Romantic era’s celebration of the Mother – a view of women that recoiled from both the female body and intellect – towards a more independent, quietly confident and composed type of woman that unites both body and brains.

License:
Courtesy of the National Gallery of Denmark
For more:
http://www.smk.dk/en/explore-the-art/highlights/laurits-and…