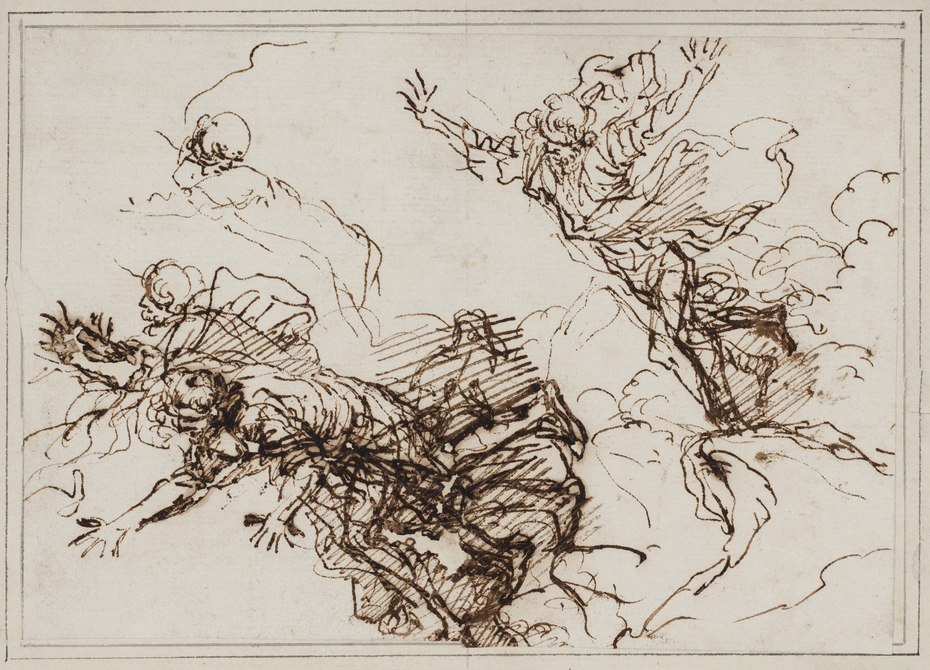 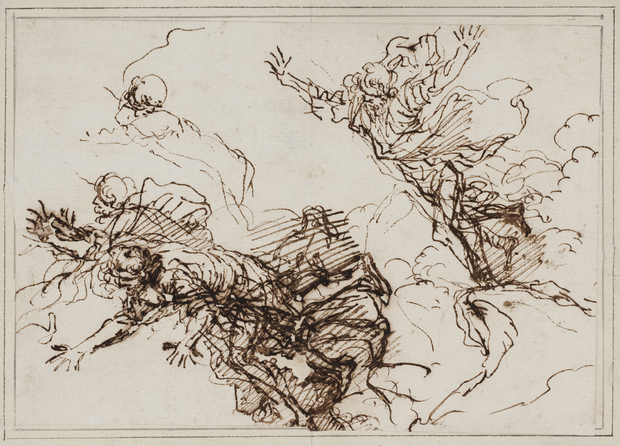 Studies for the Death of Empedocles

Salvator Rosa’s style of drawing in the late 1660s was dynamic and spontaneous, as is evident in Studies for the Death of Empedocles.

Motifs from the literature
Rosa belonged to the Neapolitan school and was active in his home town of Naples as well as in Rome and Florence. He often looked to literature for inspiration and was fond of depicting lonely philosophers against sublime landscapes.

The story of Empedocles
This drawing is a splendid account of the philosopher Empedocles throwing himself into the crater of the volcano Etna as described in the writings of the poet Diogenes Laërtius. The figure is captured in several sequences. The fingers are tense, the arms are stiff, accentuating the horror that Empedocles experiences.The lines are full of energy and infused with a temperamental virtuosity. The movement in the drawing goes from right to left, helping the sense of speed and dynamics.

Empedocles hoped that vanishing without a trace from the top of the volcano would make people believe that he had been raised up to join the Olympian gods. He did, however, prove a common mortal when the volcano spat out one of his sandals.

The moral message
Rosa’s depiction of the scene contains a moral message, describing man’s irresistible urge to surrender to the forces of nature.﻿

License:
Courtesy of the National Gallery of Denmark
For more:
http://www.smk.dk/en/explore-the-art/highlights/salvator-ro…