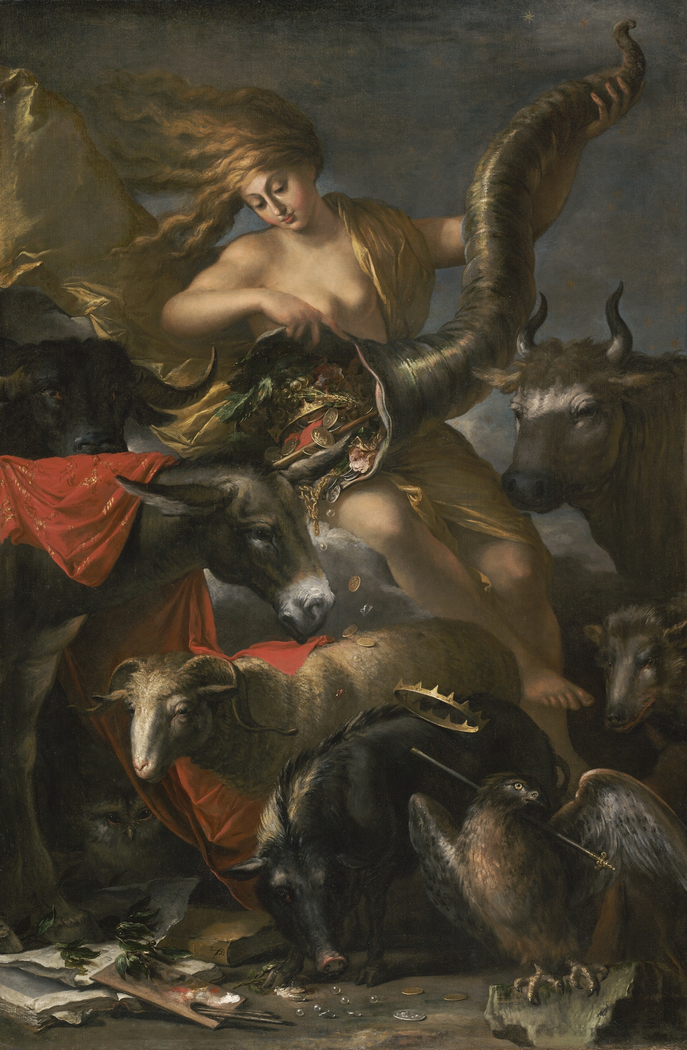 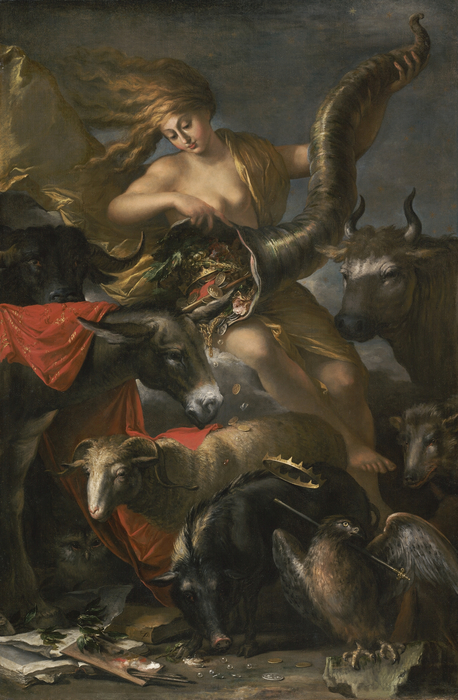 1658 - 1659
A personification of Fortune bestows symbols of wealth, status, and power on dumb animals who neither need nor deserve them. Fortune is usually represented with a blindfold, but Salvator Rosa showed her fully aware of her favors. Similarly, the cornucopia is usually shown facing upward; by depicting it overturned, Rosa expressed reckless extravagance.

The beasts, portrayed with stark realism, trample the attributes of art and learning, including books and a palette. Draped in the cardinal red of the Catholic Church, an ass shields an owl, the symbol for wisdom, from the light. Bitter over his exclusion from papal patronage, Rosa included personal references: a book bearing his monogram and a pig stepping on a rose, which alludes to his name.

As a satire of Pope Alexander VII's nepotistic artistic patronage, this painting nearly sent Rosa to prison. After showing it privately in his studio, he flagrantly disregarded all advice and exhibited it publicly in the Pantheon in 1659. Allegory of Fortunearoused such a furor that only intervention by the pope's brother saved him.