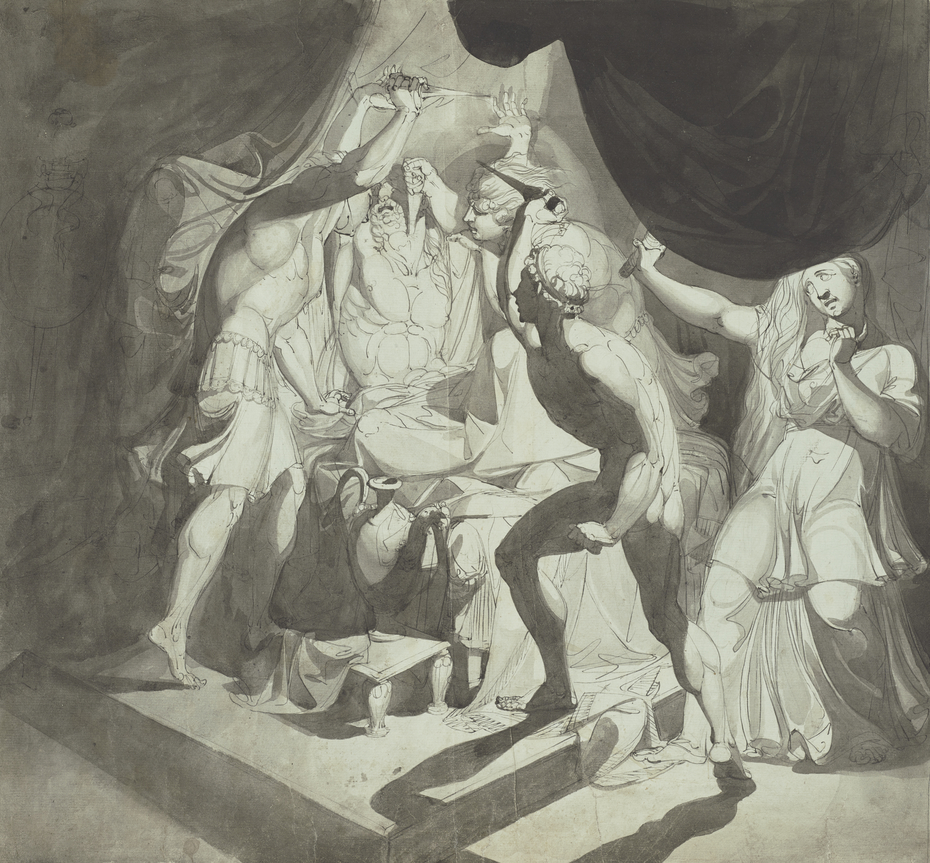 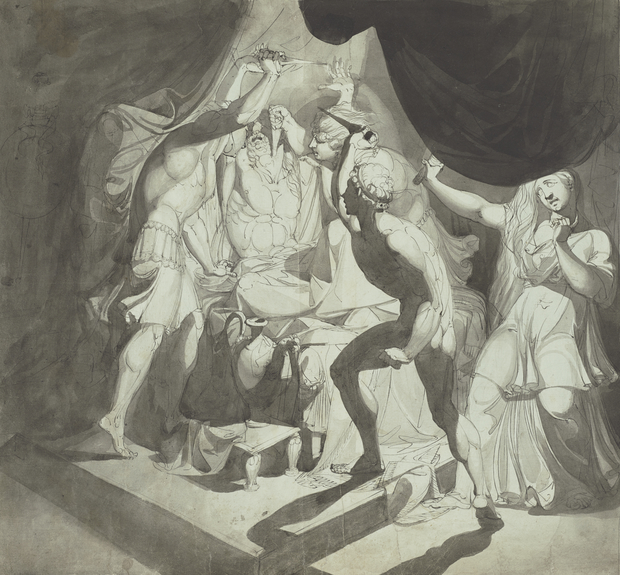 1770 - 1773
Johann Heinrich Fuseli once told student Benjamin Haydon: "[A] subject should interest, astonish, or move; if it did none of these it was worth nothing, by God."

Dramatically lit behind dark, parted curtains, a group of figures encircle an old man and brutally stab him. Starkly opposing areas of dark and light intensify the drama: the paper's brilliant whiteness contrasts with the black curtains and the murderers' menacing shadows. This drawing typifies the horrific scenes in which Fuseli specialized.


Fuseli selected his themes from literature, but his idiosyncratic interpretation can make it difficult to identify exact subjects. The curtain creates the stagelike effect, which, along with the linear, abstract representation of monumental figures, recall Fuseli's Shakespearean drawings of the early 1770s, made during his years in Italy. The classicizing representation of the figures may have been inspired by the Hellenistic sculpture Niobid Groupin the Galleria degli Uffizi in Florence.