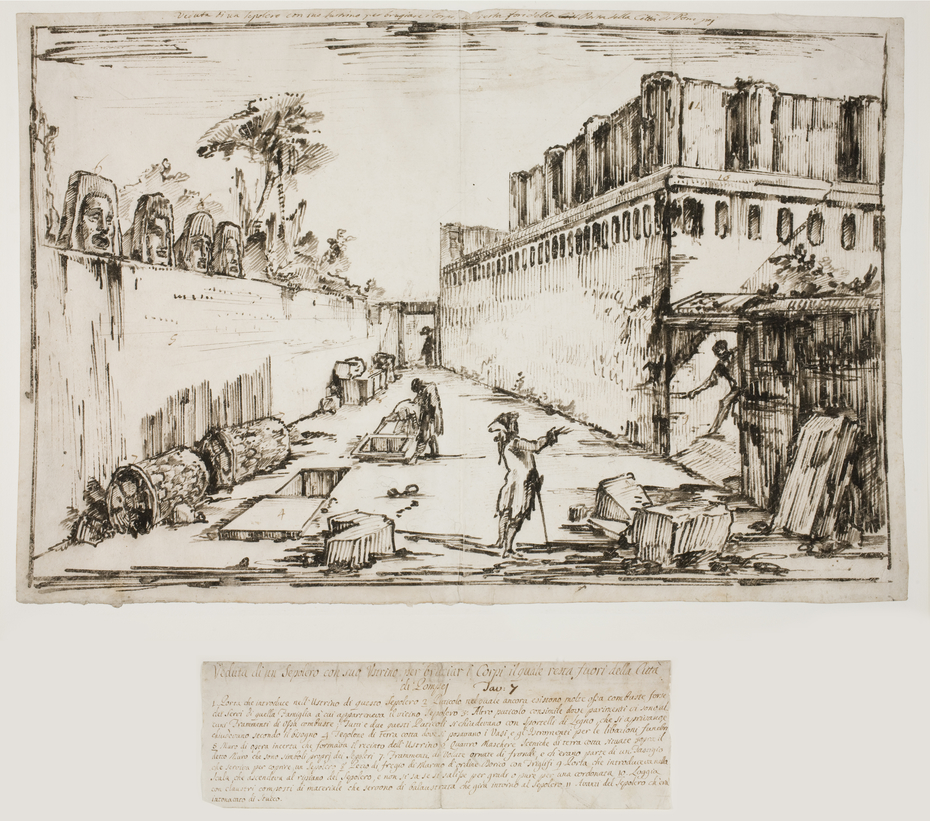 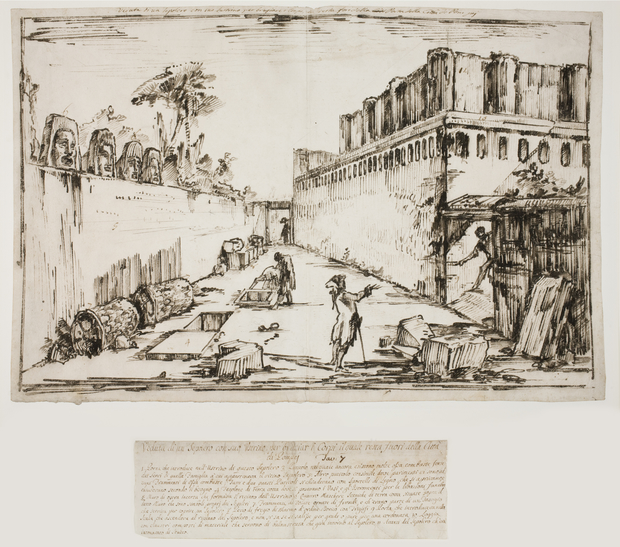 The Tomb of the Istacidi, Pompeii

During the 1770s Piranesi visited Pompeii on several occasions. Perhaps he intended to publish a large-scale illustrated volume about this ancient city, buried under four or five metres of ashes since Vesuvius erupted in 79 AD and until excavations began in 1748.

12 drawings from Pompeii
A total of twelve Piranesi drawings showing various locations in Pompeii survive today. All of them are executed in the same manner. First, the scene was lightly traced by hand in pencil, then the main lines of the perspective structure were touched up using a pencil and ruler, and then everything – houses, sculptures, broken columns, inquisitive archaeologists and curious tourists – was given shape and mass by means of a reed pen and brownishblack ink.

The drawing's motif
The scene depicted here is located close to the Herculaneum gates and can still be found today. Everything is, however, rather more modest in appearance than this drawing would indicate. As the art historian Erik Fischer said,

”Piranesi makes this scene sublime with the dark, concise force of his pen strokes. Tomb visitors bend over the resting places of the ancient dead. A learned nobleman, typical of the times, bids a dignified welcome to the shadowy figure emerging from the door to the right, as though hailing one of the Istacidi out from oblivion.”﻿

License:
Courtesy of the National Gallery of Denmark
For more:
http://www.smk.dk/en/explore-the-art/highlights/giovanni-ba…