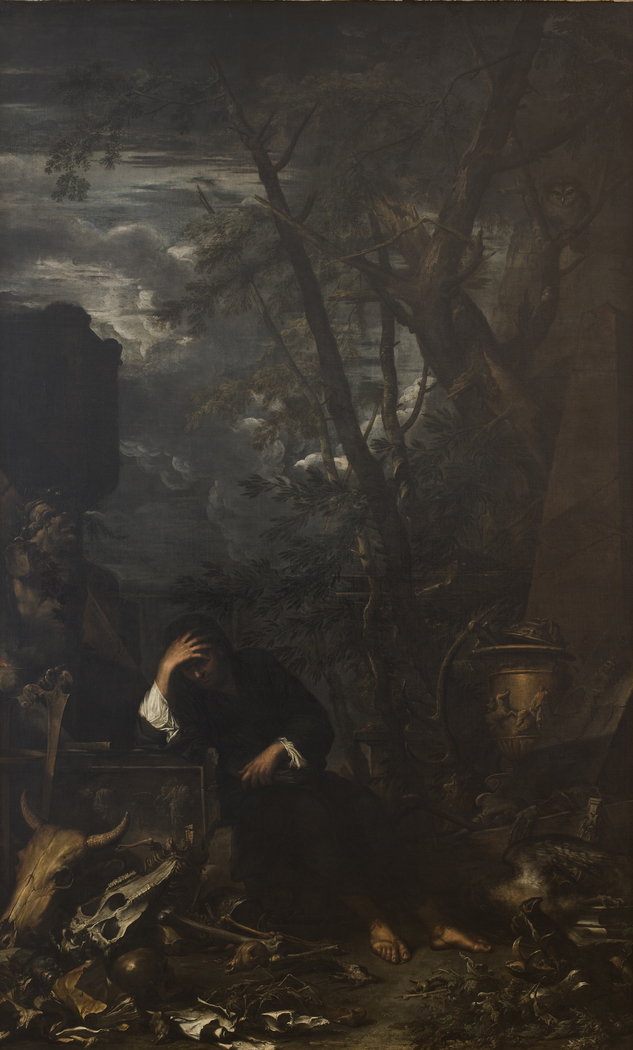 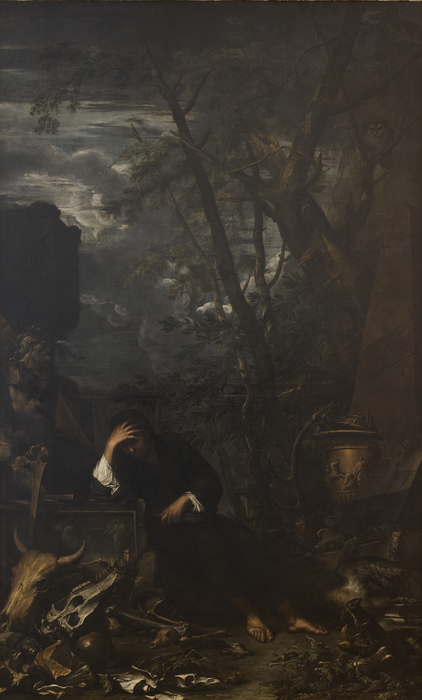 1650 - 1651
The painting is a companion piece to Diogenes Throwing Away his Bowl, also by Rosa. Both pictures were painted between 1650 and 1651 and are counted among Rosa’s principal works.

The painting's motif
Democritus is shown deep in thought with a book in his lap among heaps of bones and the debris of human activity. Books, papers, a helmet, and artist’s brushes are buried in piles of bones and skulls.

The melodramatic pose is a reference to the Ancient writer’s descriptions of the stoic philosopher Democritus as a lonely scholar: The crumbling objects refer to his idea that everything is made up of atoms, the antique sarcophagi and sepulchral urns to Pliny’s tale that he frequently haunted burial places.

Other details refer to his studies of ethics, astronomy, physics, mathematics, literature, music, and medicine, but everything is transient like the smoke from the vessel behind him, and everything has an end, as symbolised by the fallen obelisks and the ivy covering the ruins.

A vanitas picture
Rosa painted a vanitas picture, i.e. a piece that addresses the futility of human endeavour and the inevitability of death. The Collection of Prints and Drawings owns a copy of Rosa’s own etching of the picture.

License:
Courtesy of the National Gallery of Denmark
For more:
http://www.smk.dk/en/explore-the-art/highlights/salvator-ro…