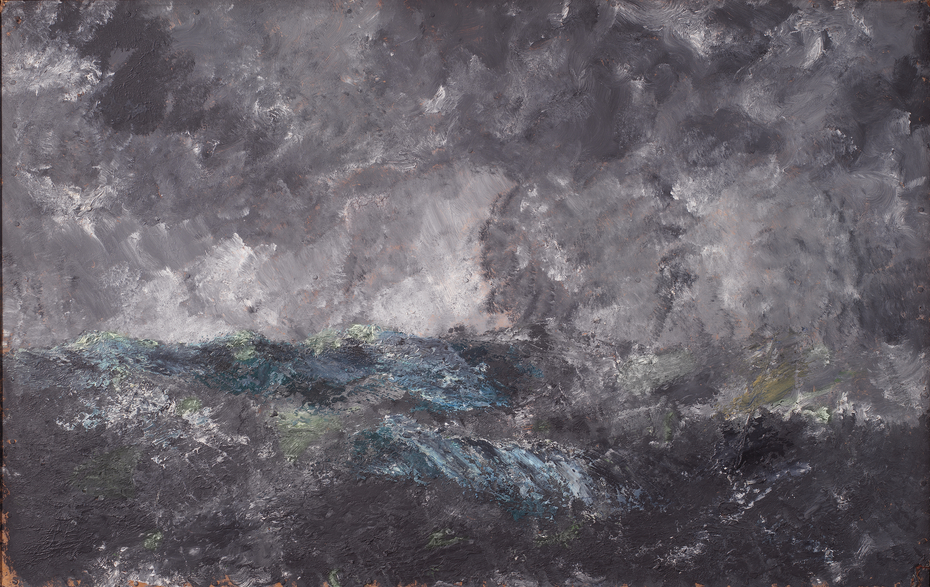 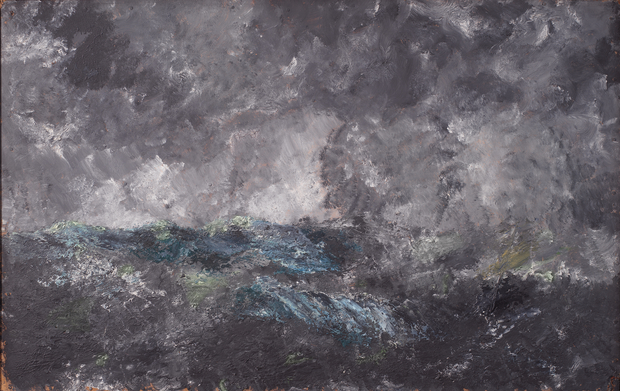 Storm in the Skerries. "The Flying Dutchman"

1892
A heaving blue-green sea meets bluish-black, cloudy, stormy skies. A sombre image of violent forces of nature where the expressive feel is intensified by the fierceness of Strindberg’s spatula work.

He found the scene depicted at Dalarö in the Stockholm skerries in the summer of 1892.

The painting as a valve
To August Strindberg the playwright and author, painting served as a valve capable of venting the emotional chaos and pressure he continually found himself under, particularly during one of his many crises. The painting begins where the words stop, or where words cannot adequately express the overwhelming feelings of rage, jealousy, loneliness, and anxiety.

Automatic art
In an essay from 1894 entitled Nye Kunstretninger! eller Tilfældet i den kunstneriske skaben (New directions of art! or Chance within creativity) Strindberg described his method as automatic art. He worked very intuitively, translating his mental state into images with brief, fierce bursts of activity. That is also why he chose small-scale formats; in fact this painting, which Strindberg called The Flying Dutchman as a reference to Richard Wagner’s (1813-1883) lonely, ever roaming captain, is one of his largest.

Strindberg the visual artist did not limit himself to painting only; throughout most of his life he worked with photography and photographic experiments.

License:
Courtesy of the National Gallery of Denmark
For more:
http://www.smk.dk/en/explore-the-art/highlights/august-stri…