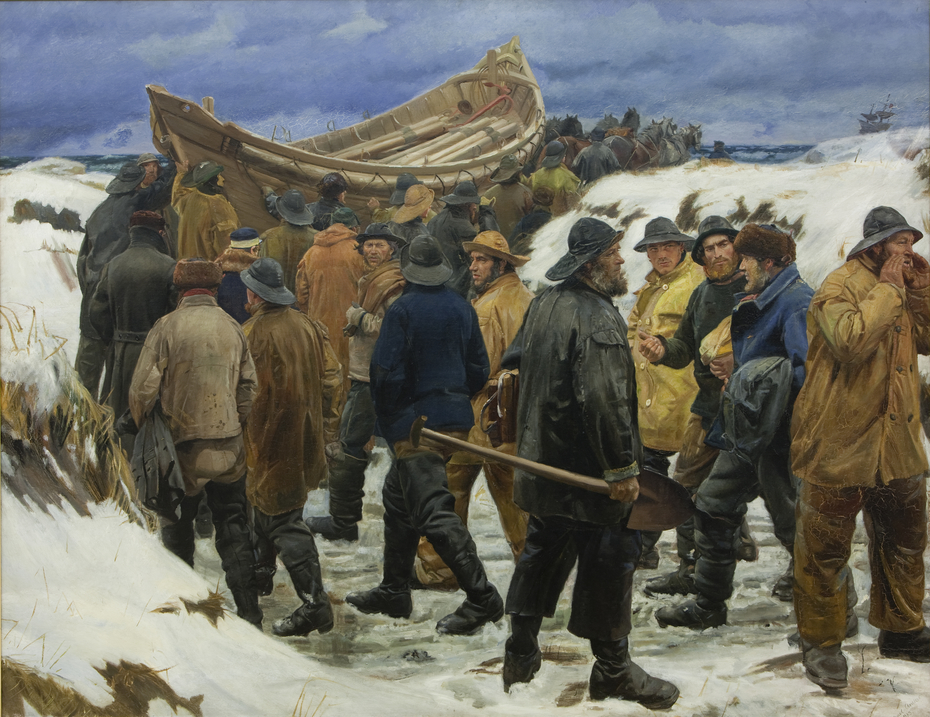 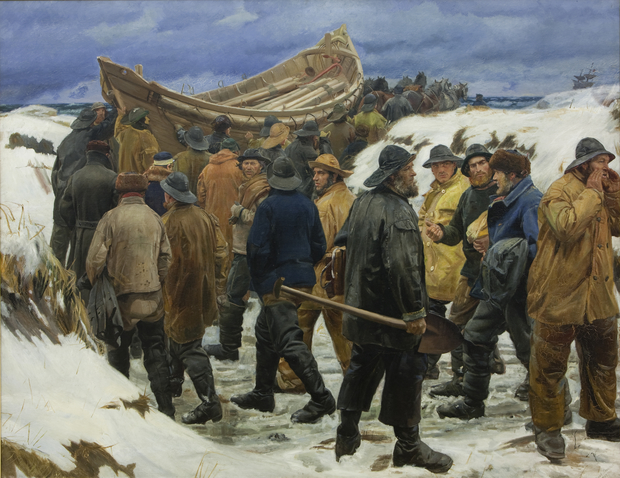 The Lifeboat is Taken through the Dunes

The painting's composition
The waves on the bluish-black ocean seem to force their way up into the snow-covered dunes which echo the tumbling waves by lifting up the lifeboat, prefiguring the launch of the boat and how it will break through the heavy surf. Two intersecting diagonals lead the fishermen through the dunes and out towards the vessels in distress. This movement eventually takes the spectator’s gaze back to the starting point: the shouting fisherman, cropped as in a photographic snapshot, making an appeal to someone outside the picture.

License:
Courtesy of the National Gallery of Denmark
For more:
http://www.smk.dk/en/explore-the-art/highlights/michael-anc…