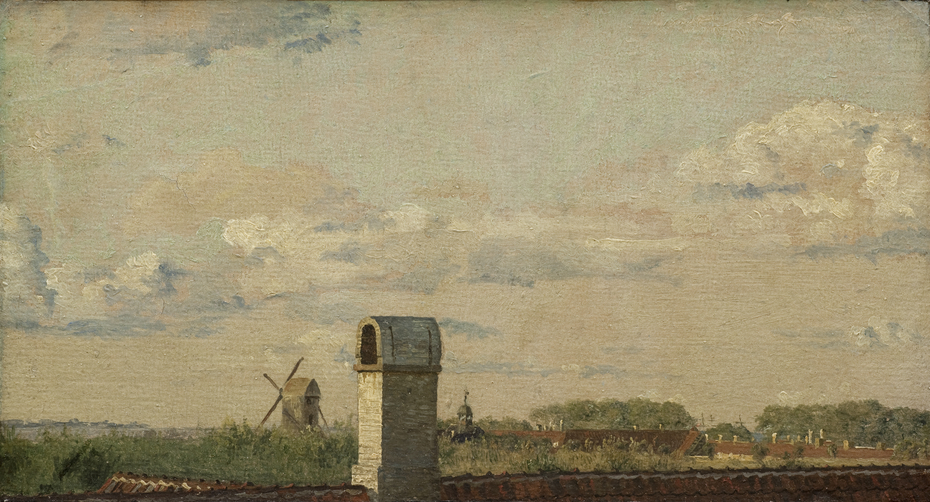 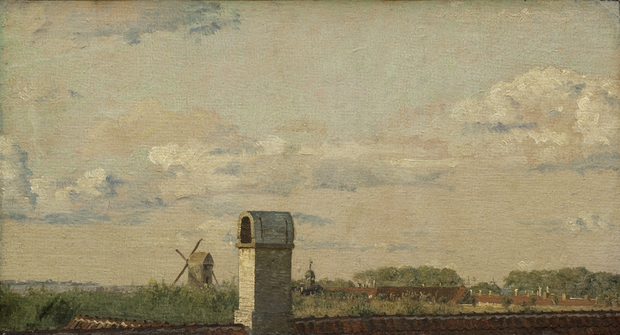 1833
Købke spent most of his childhood at the Citadel in Copenhagen where his father was a baker. In 1832 he rented a studio on Toldbodvej (now Esplanaden), which offered him a new view on his childhood home. From the studio window he could look over the neighbour opposite to the Citadel.

The pictorial effect
It was not, however, the home as such that interested the artist; his main concern was for pictorial effect. Above the treetops he could see the Citadel mill, the ridge turret of the Citadel Church, the red rooftops of the military buildings, and the Oresund coastline in the far distance. In order to create depth in the small picture he added the edge of the neighbouring house’s roof and a chimney in the foreground. The chimney in particular is quite a stroke of genius, testifying to artistic boldness.

The chimney's central position
It is unlikely that any other Danish painter working at the time would have let something as unimportant as a chimney occupy such a central postion in a picture. To Købke, however, the reasons were clear. Without the chimney in the foreground the rest of the picture would not make sense. The sky arching overhead is, however, every bit as important as the view of the Citadel. Købke was clearly keenly interested in the cloud formations with their many, endless varied hues.