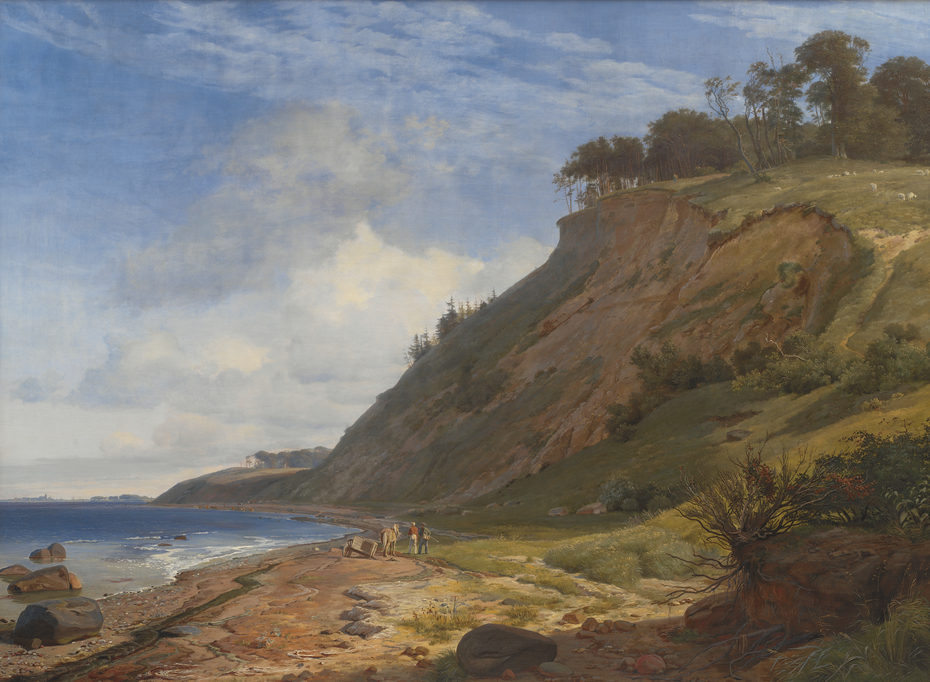 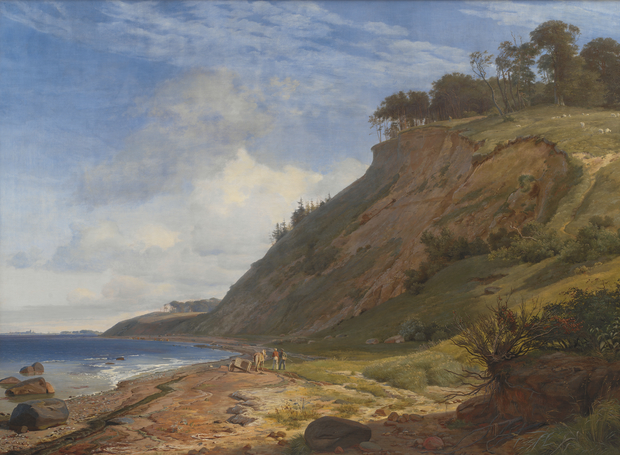 A Danish Coast. View from Kitnæs by the Roskilde Fjord

1843
The concepts of “nation” and “people” were avidly discussed during the 1830s and 1840s. J.Th. Lundbye was particularly influenced by the art historian N.L. Høyen’s (1798-1870) programme for Danish painting and its contributions to building national pride and self-awareness.

When, in 1842, he decided to depict a Danish coastline in an unusually monumental format, the scene was to represent the quintessential characteristic of the Danish countryside: the extensive coastlines. The scene does not, in fact, depict a single, specific site, the main motif is based on cliffs that the artist saw and sketched at the Roskilde Fjord. He adapted these cliffs,making them rather more monumental, and combined them with scenes from elsewhere.

Work progressed slowly due to Lundbye’s characteristic self-doubt and scruples, but also as a result of interference from several selfappointed advisors, including Høyen. The artist was frustrated by his tendency to overdo details such as the vegetation in the foreground or a single cloud, and he remarked on this ineffectualness by painting a hidden autobiographical commentary in the centre of the picture where two men stand by a cart: ”I am like that cart,my dear friend. A wheel is broken and now I can proceed no further; the other turns as ever,but cannot serve to move the cart one inch.”