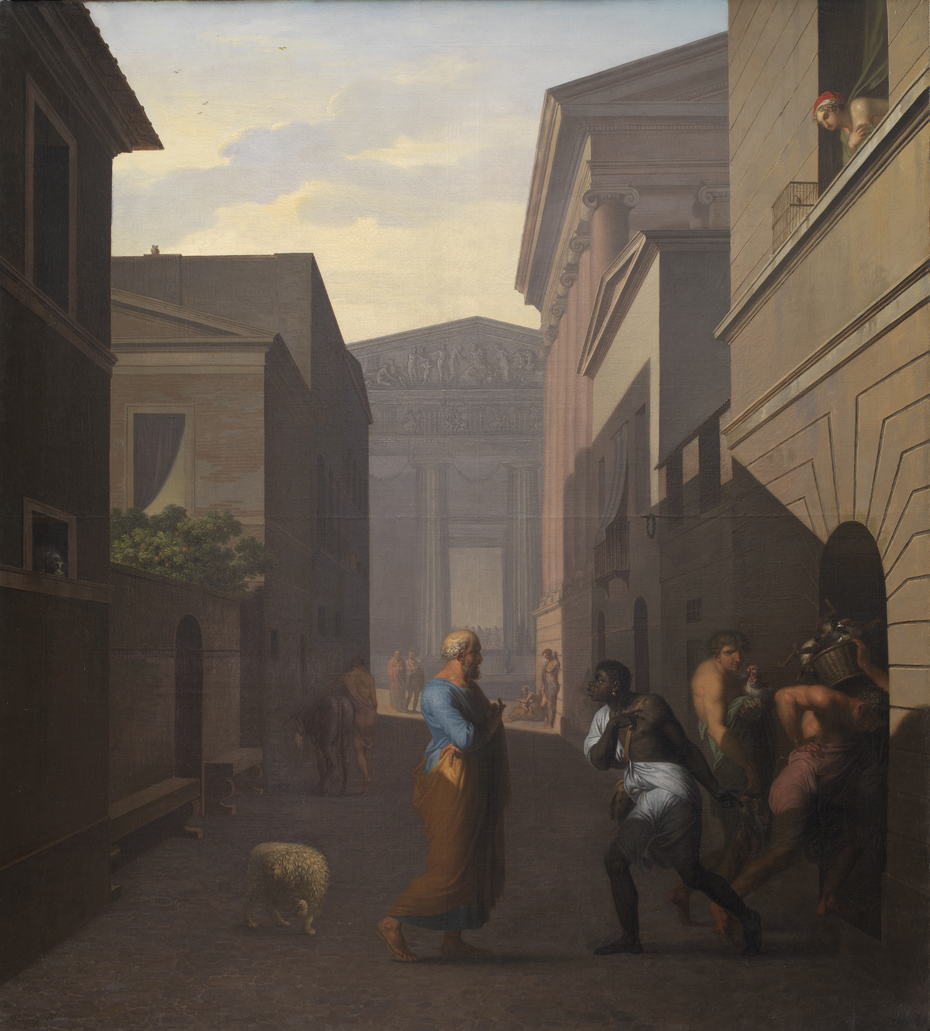 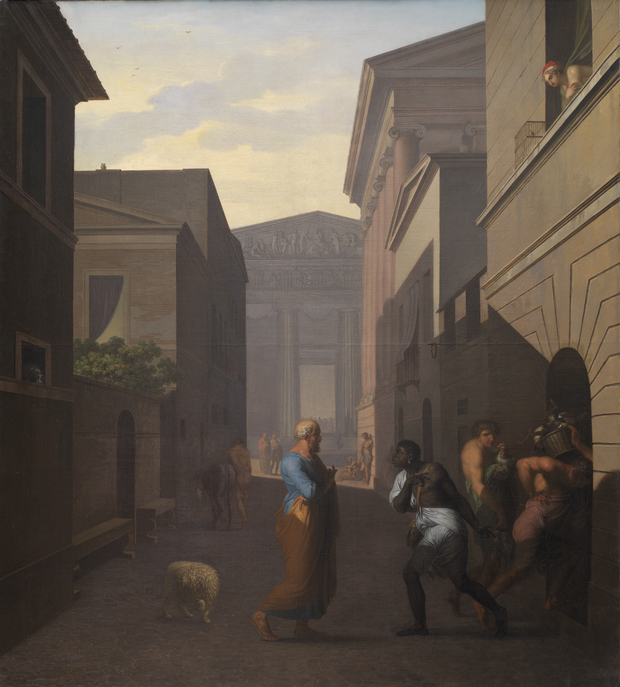 Simo and his former slave Sosia

1803
After a broken and unhappy marriage, Abildgaard met his second wife Juliane Marie some time before 1800. This new, reinvigorating relationship introduced new themes in his art, leading him to address aspects of love.

Scenes from Terence's romantic comedy
During the time after 1800 he created four large canvases to be placed in the residence provided for the couple at the Royal Academy of Fine Arts at Charlottenborg, filling them with scenes from the ancient writer Terence’s romantic comedy Andria.

Connection between Terence and Abildgaard
In the painter’s version of the complicated dramatic intrigues, they begin when the central character, Simo, asks his black chef Sosia to pretend that he is hastening the marriage of Simo’s son.

The scene in the foreground links Terence and Abildgaard through a sequence of allusions: Terence was a slave who had been given his freedom, and in the picture Abildgaard based the black chef’s appearance on a medal that he himself designed on the occasion of the Danish ban on slavery.

In the play the chef is in fact also a liberated slave, and the playwright was from Africa himself. In the last picture in the series, Abildgaard makes an appearance accompanied by his wife and child – providing a kind of counter-signature to balance out the first picture’s introduction of the playwright.

License:
Courtesy of the National Gallery of Denmark
For more:
http://www.smk.dk/en/explore-the-art/highlights/nicolai-abi…