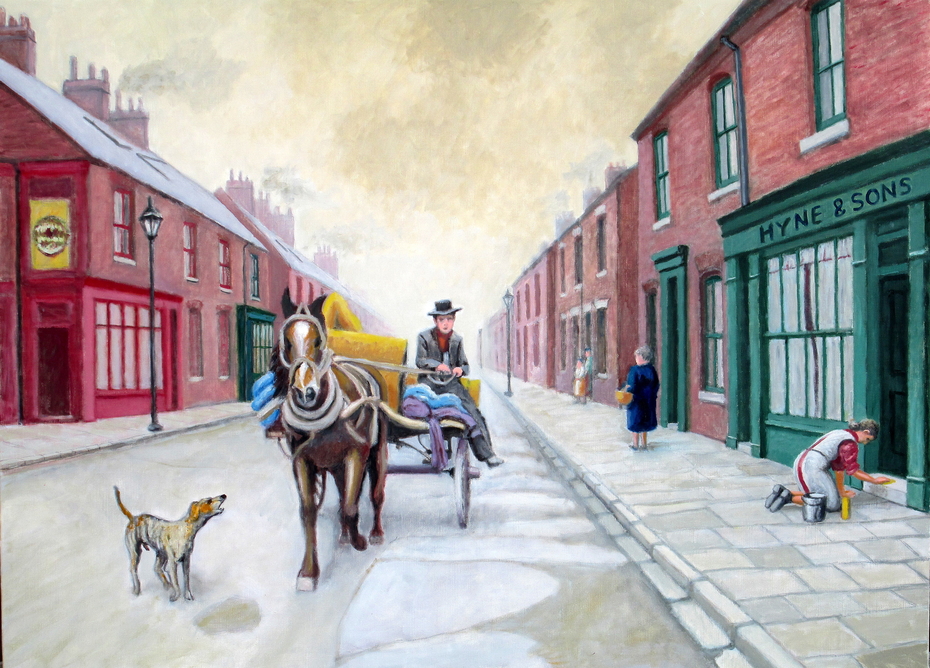 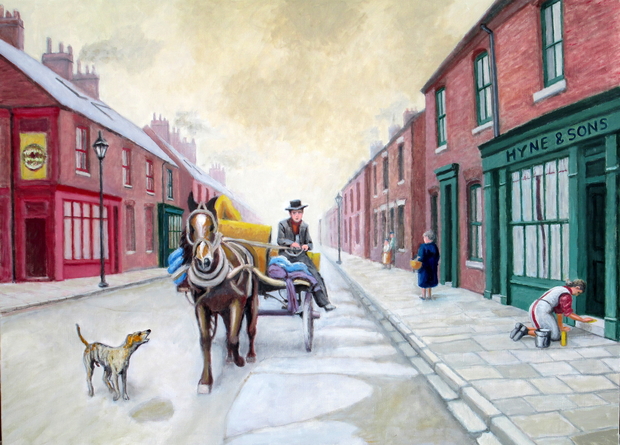 2016
Walker ‘Rag and bone Man’ (06/2016) oil on linen, 44 x 32 inches
Rag and bone men (also called Totters) with horses and carts were familiar figures in the streets of my childhood. Crying ‘Any old iron’ they scavenged for metal, bottles, household junk, old furniture, etc. to recycle and sell. The presence of the long-suffering workhorse reminds us of the debt humanity owes to this animal. The street – Walcott St - depicted in this picture was built in Victorian times and is located in the City of Hull, Yorkshire eight miles North West from my hometown of Grimsby across the River Humber’s estuary. (The two fishing ports were great rivals.) Walcott St runs south from Hessle Rd and is located in West Hull near the docks. For this reason skippers and trawlermen used to reside there. My family had a connection to Hull because my mother was born there in 1910 to a family called Hynes who gave her up for adoption to the Beel family living in Grimsby. Shopping trips were sometimes made to Hull via a railway journey to New Holland and then by ferry across the River. Hull impressed me because it was larger than Grimsby and had an art gallery, museums, a university and large department stores. However, the urban fabric of Hull was heavily damaged because of Nazi bombing raids during World War II. (Hull was one of the most bombed cities in Britain.) Walcott St was hit by a bomb but total destruction occurred in the 1970s when all the dwellings were demolished. No one lives in Walcott St now, there are only industrial warehouses. 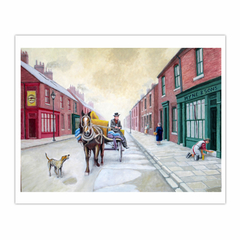