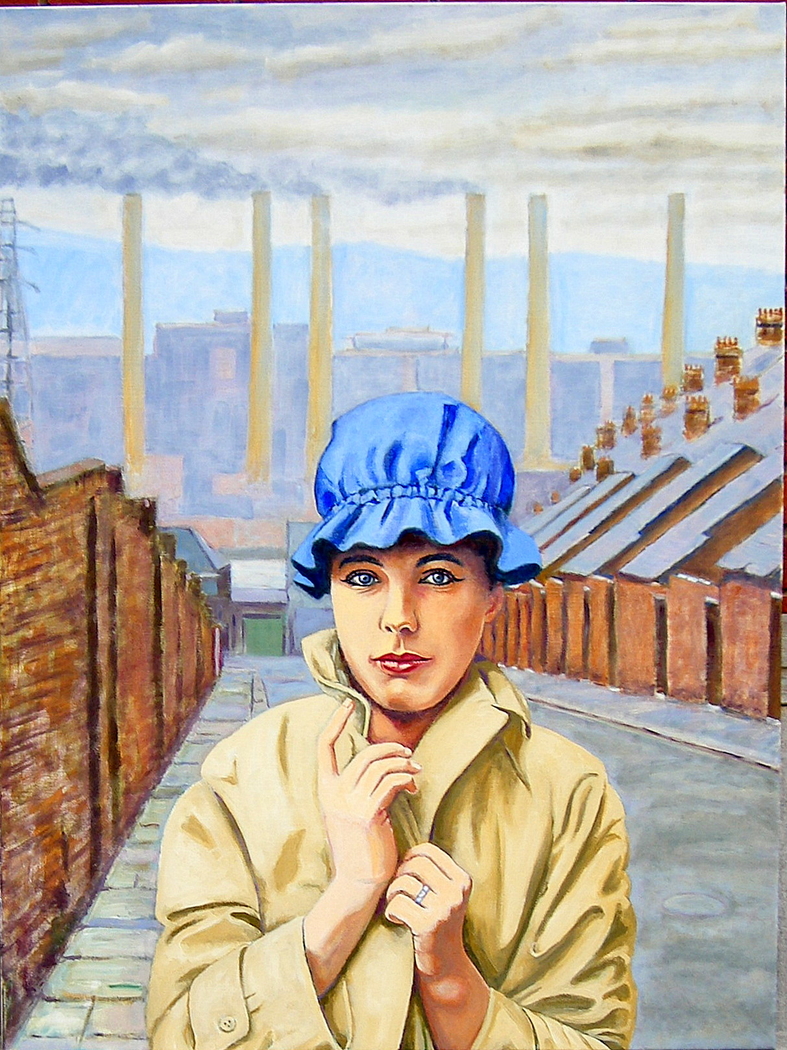 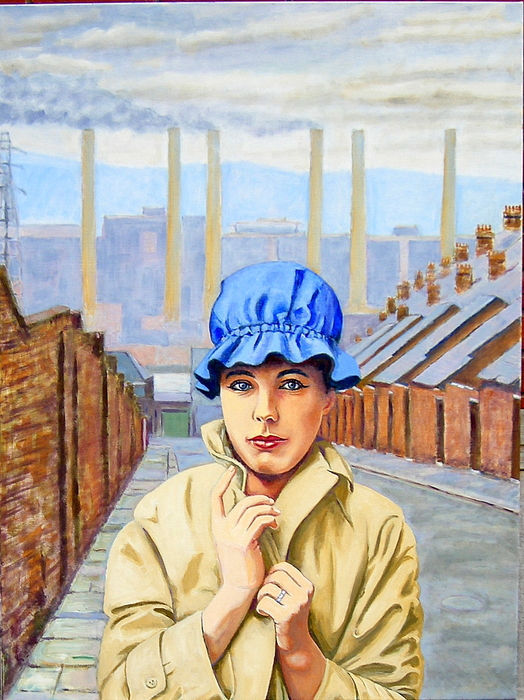 2011
I met Margaret Clark, my future wife, at art school in Newcastle upon Tyne in the late 1950s where she was studying fine art and printed textiles. She lived with her sister Patsy and parents in the poor, working class, West End district of Elswick (178 Stone St) not far from the Scotswood Rd. Her father worked in a shipyard and his Geordie accent was so strong I could hardly understand him. Her mother was of Irish origin and a staunch Catholic. Despite her lowly origins, Margaret earned a place at university and she was design and fashion conscious. She often made her own clothes by imitating images in fashion magazines. In the composition I have placed her in the back alley of Frank St, Benwell which led down to the River Tyne. Across the river is the Dunston Power Station (it was demolished in 1986). This view was already an iconic one having been photographed by Bert Hardy and Jimmy Forsyth. The British actor Michael Caine starred in the impressive crime thriller Get Carter (1971) and a poster for the film depicts him in a similar pose standing in a similar street. 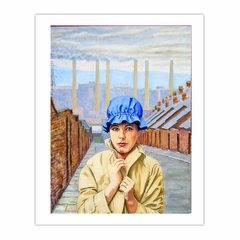