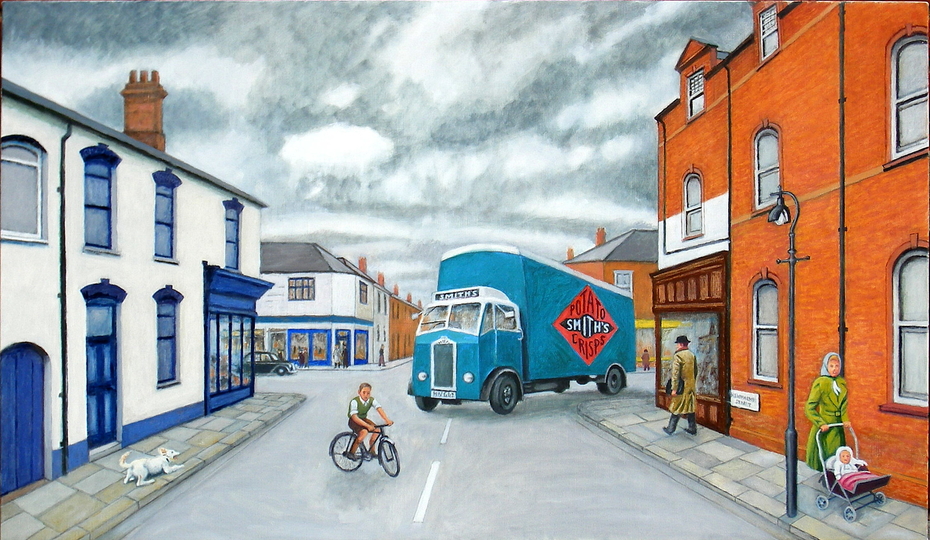 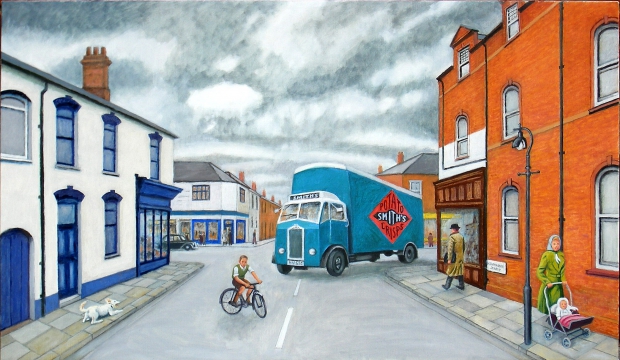 This painting was prompted by my memory of my first bike ride in Newmarket St, Grimsby, during the late 1940s. My father was helping me balance by steadying the bike by holding the saddle but he soon let go and I was on my own. I became anxious as I approached the busy main road (Freeman St) because I did not want to cross it. I had to turn the bike but as I managed a wobbly turn a huge lorry came round the corner and nearly ran me over. The terraced houses to left and right have since been demolished but the Freeman end of the street is much the same. The large red brick building on the right was for many years a furniture store. In 2014 it re-opened as a local media and arts centre called The Warehouse. 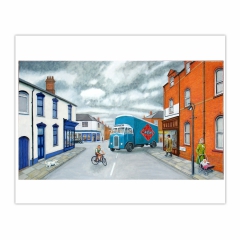