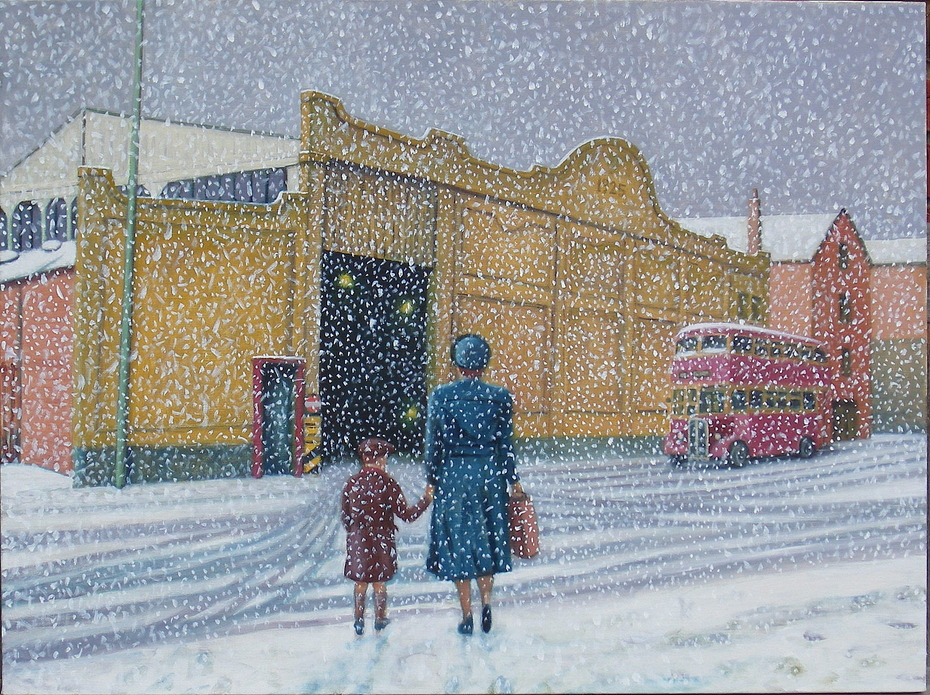 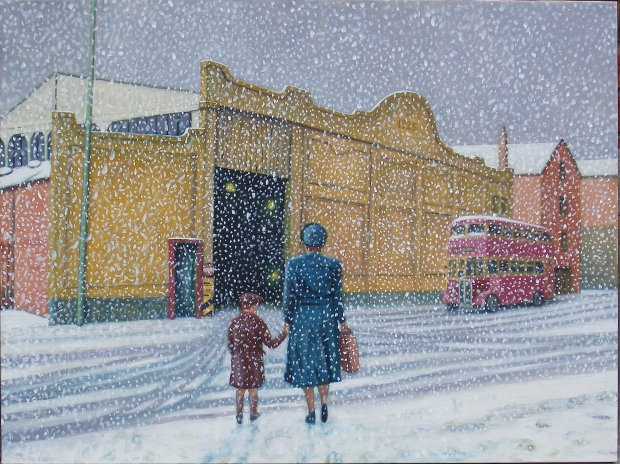 Going to a Christmas Party

During WW2 my aunt Lily Munslow worked as a conductress on Grimsby's buses. The buses emerged from huge garage situated at 42 Victoria Street South which had previously been a tramway depot (1920s) and before that a hangar for seaplanes. At the rear of the garage, high up under the roof, was a large staff canteen where at Christmas time parties for children of the bus company’s employees were held. Lily took me to one circa 1944 or 45 when I was six or seven. I don’t remember much about the party but I do recall being impressed by the strange venue, the cavernous space and oily smells of the garage itself. 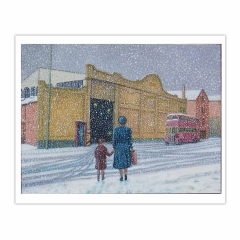