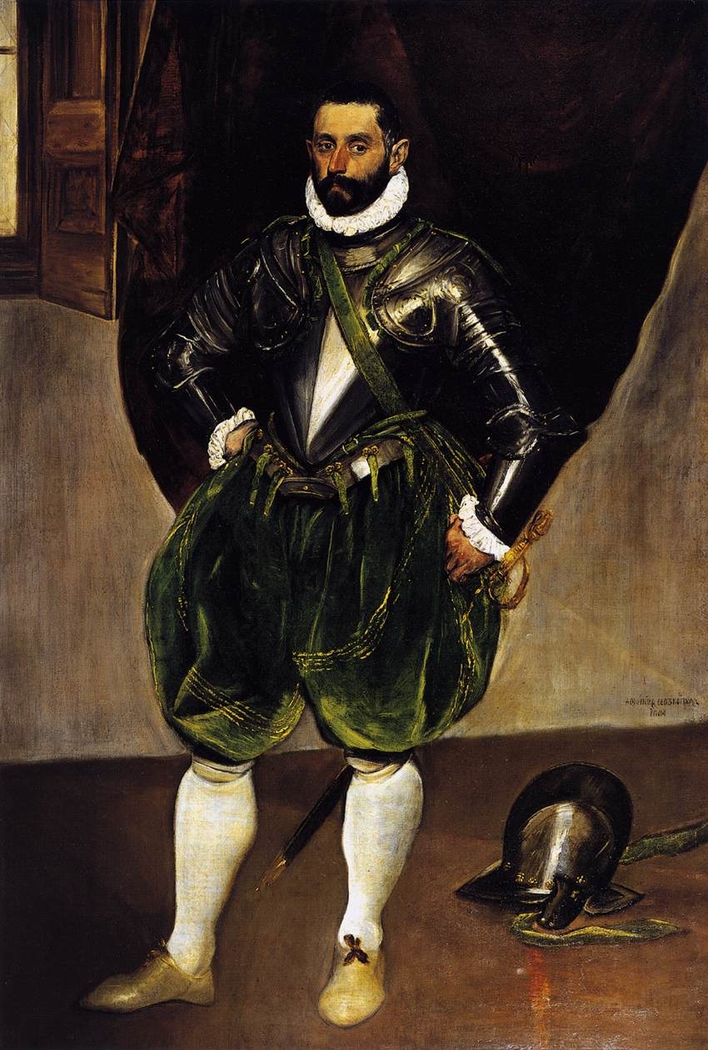 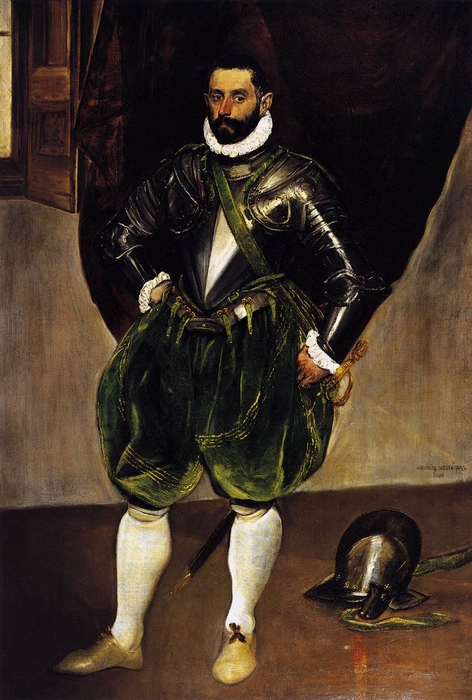 1575
Born in Perugia, Vincenzo Anastagi (ca. 1531–86) joined the Knights of Malta in 1563 and was a leader in the heroic defense of that island during the massive Turkish siege of 1565. After holding various other responsible posts he was named Sergeant Major of Castel Sant’Angelo in Rome. Anastagi apparently was an expert on fortifications. This portrait, already characteristically intense and spirited in style, probably dates from El Greco’s last years in Italy.
Source: Art in The Frick Collection: Paintings, Sculpture, Decorative Arts, New York: Harry N. Abrams, 1996.