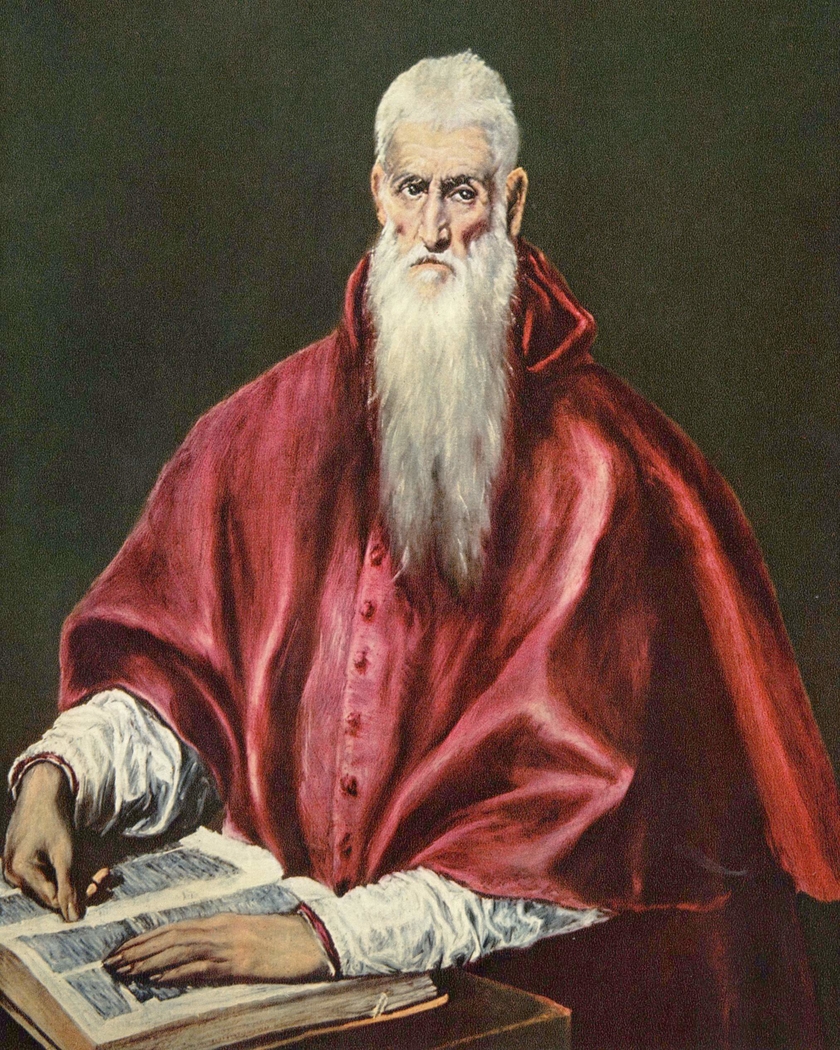 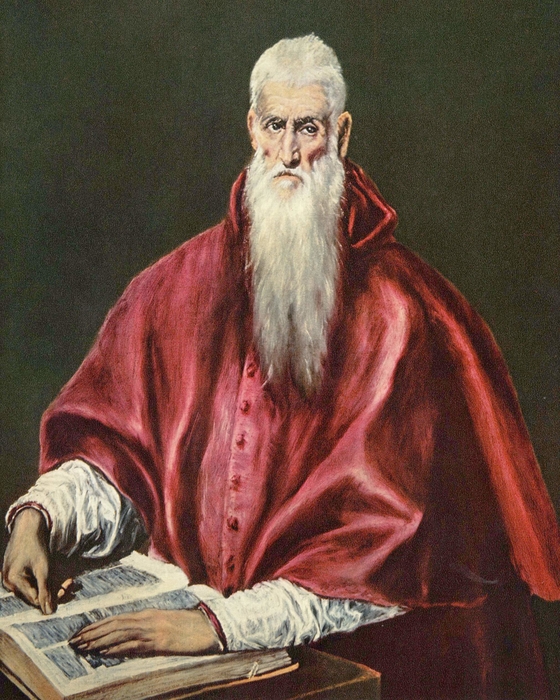 1590 - 1600
St. Jerome (ca. 342–420), one of the four great Doctors of the Western Church, is venerated for his ascetic piety and for his monumental Latin translation of the Bible, represented here by the large volume on which he rests his hands. Following an old convention, the artist depicts him in the robes of a cardinal. This composition proved popular and was produced in at least four versions by El Greco and his shop; one of these is in the Metropolitan Museum of Art in New York City.
Source: Art in The Frick Collection: Paintings, Sculpture, Decorative Arts, New York: Harry N. Abrams, 1996.