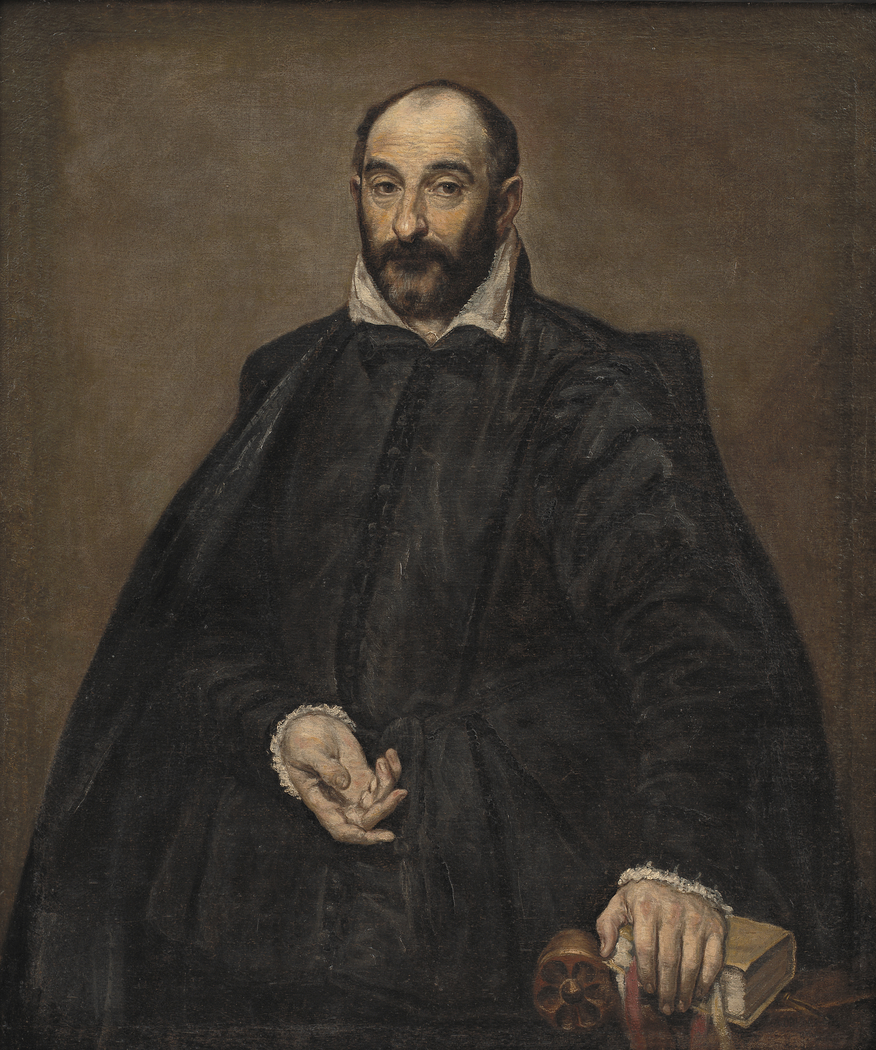 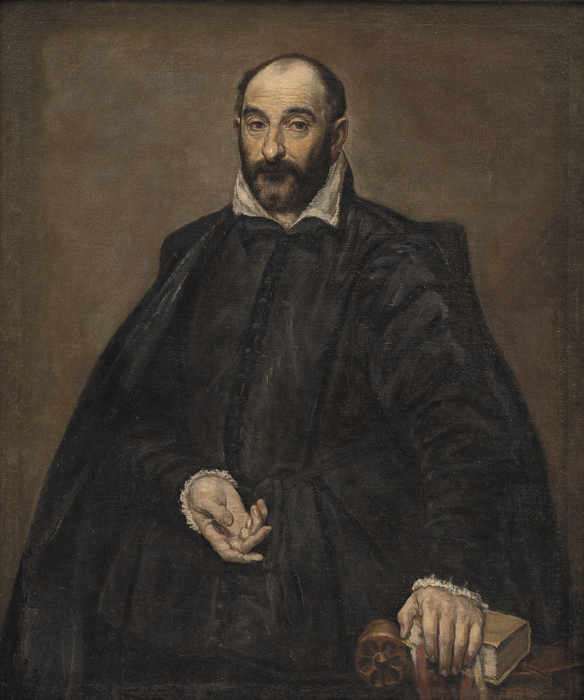 1570 - 1575
The chalk holder on the armrest, accompanied by a book with white and red bookmarks, suggests that the unknown man in the painting might be an artist. The attributes bring together the work of the hands and the soaring of the spirit, echoing Horace’s famous dictum ”Ut pictura poesis” (as is painting so is poetry).

The artist's development
The portrait was done by a young El Greco during his sojourn in Rome, where he became a friend of the Farnese family and thus part of intellectual circles with an interest in the philosophical issues of Renaissance humanism. Before that time El Greco was a student of Titian (c. 1488/1490-1576), whose influence is evident in the style used for the execution of the male portrait.

El Greco proves himself a colourist in the Venetian tradition where colour and light take precedence over line. Later in life El Greco settled in the Spanish town of Toledo where his style took a drastic turn towards mannerism with elongated shapes and bright, even gaudy colours.

J.F. Willumsen and El Greco
In a sonnet, the Spanish poet Paravicino said: ”Su estrañeza admirarán no imitarán edades” (Future generations will admire his strange genius, but for centuries he will not be imitated). And indeed 300 years would pass before figures such as the Danish artist J.F.Willumsen picked up where he left off. ﻿

License:
Courtesy of the National Museum of Denmark
For more:
http://www.smk.dk/en/explore-the-art/highlights/el-greco-po…