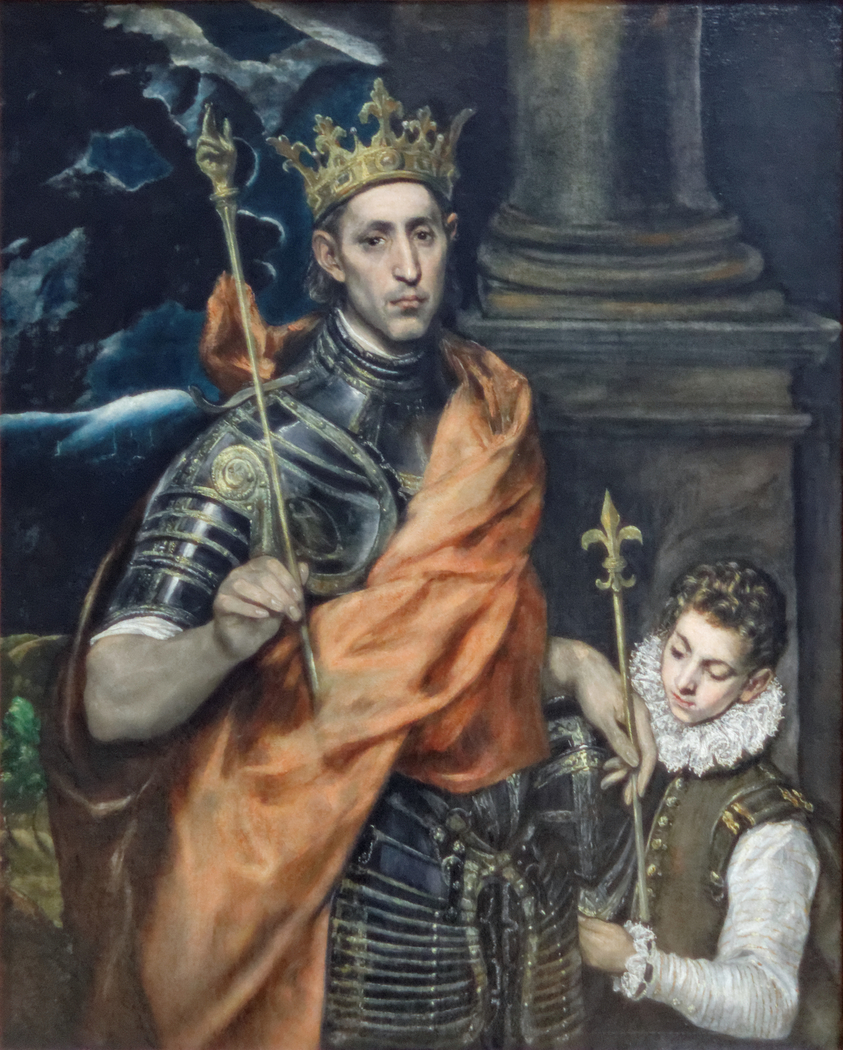 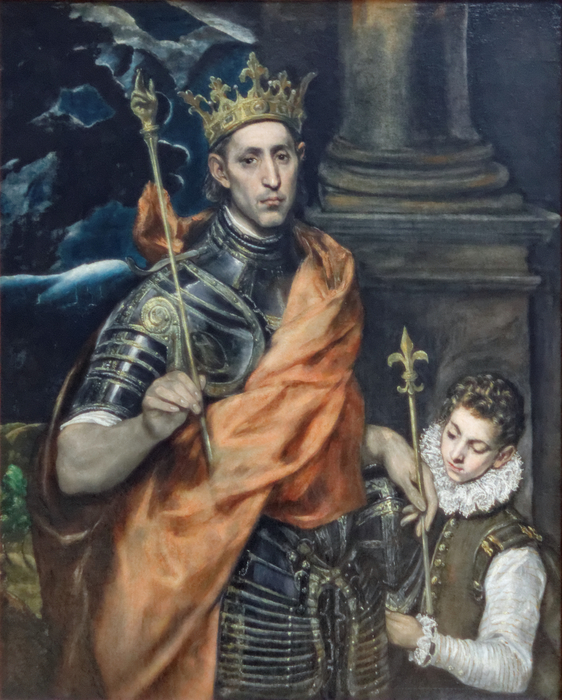 Saint Louis, King of France, and a Page

1590 - 1597
Painted in Toledo between 1590 and 1597, this work seems to have been commissioned by Luis de Castilla, El Greco's future executor, who apparently wanted a depiction of his patron saint. After the Counter-Reformation began emphasizing the Catholic worship of saints, El Greco received many commissions to paint such figures, especially the apostles and Saint Francis of Assisi. Born in Crete (hence his nickname), he spent approximately ten years in Italy learning his art, frequenting Titian's studio in Venice and the Mannerist circles in Rome. Attracted by the building of the royal palace, El Escorial, in 1577 El Greco left for Spain and settled in Toledo, where he lived until his death in 1614.
This painting bears all the stylistic hallmarks of El Greco's late sixteenth-century work. The composition is similar to that found in Venetian portraiture, with a half-length figure standing in front of a background filled with landscape and architecture. The austerity is relieved by the strange forms of the drapery swathed diagonally across the saint's torso and by the clouds, which are characteristic of El Greco's visionary, Mannerist style. The artist gave King Louis the physical appearance of the Castilian gentlemen he portrayed in 1587 in The Burial of the Count of Orgaz (Toledo, Santo Tomé). The painter's son, Jorge Manuel, is said to have posed as the page. The saint's armor is treated with great verism, which contrasts with the blurry drapery and sky. The black and gold armor, as well as the page's white costume, form a refined color scheme. The orange drapery adds a touch of warmth to the whole, perhaps in reminiscence of El Greco's time in Venice.

painting by el Greco (Museum: Department of Paintings of the Louvre)