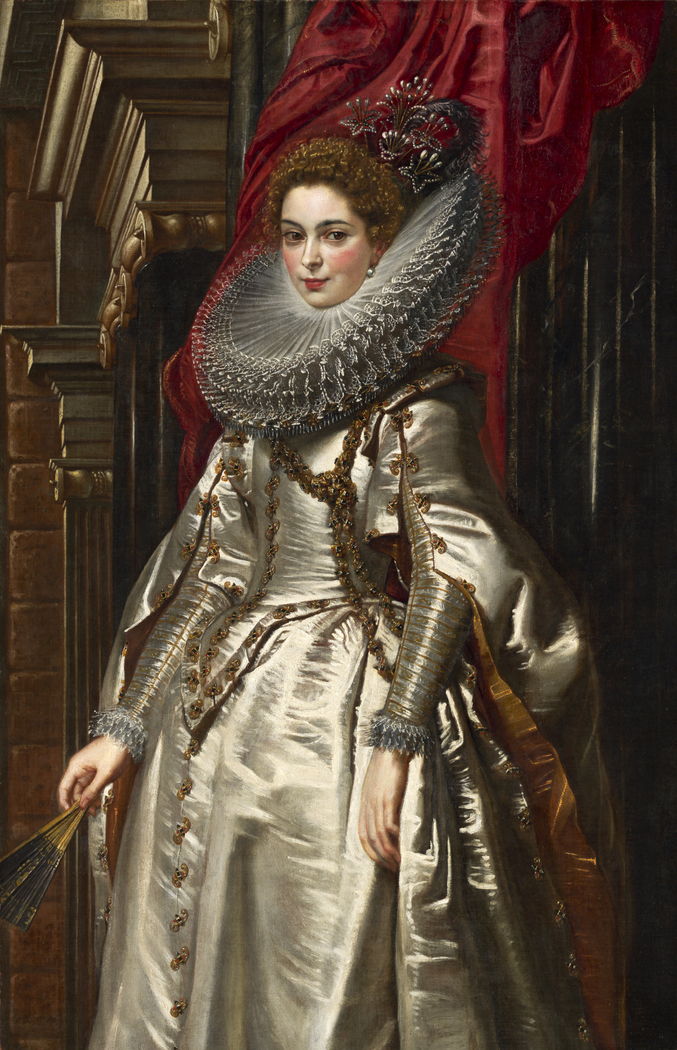 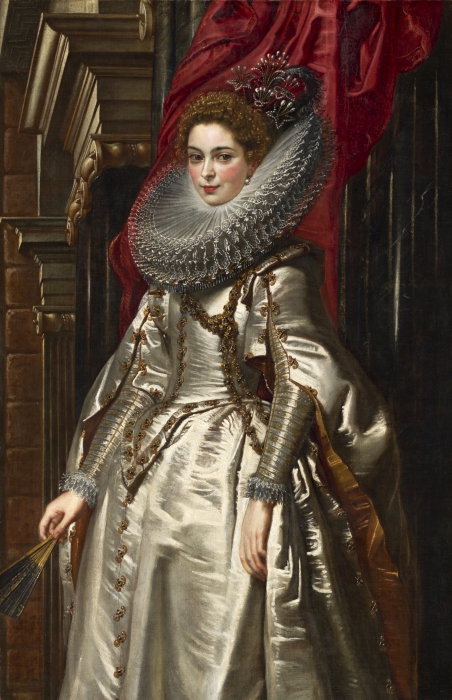 Peter Paul Rubens lived and studied in Italy between 1600 and 1609, absorbing the country's cultural riches and artistic heritage. During a stay in Genoa in 1606, he painted the portrait of Marchesa Brigida Spinola Doria. The 22-year-old newlywed was from one of the republic's leading noble families. The imposing setting and the marchesa's aristocratic appearance leave little doubt that she was a person of wealth and status. Rubens integrated light and color, as well as the marchesa's pose and the dynamic diagonals of the architecture, to enliven her stately image. Light flooding into the scene creates boldly expressive folds in her heavy satin dress, while the red of the drape adds dramatic emphasis. The direction of her gaze and the perspective of the architecture indicate that the painting was meant to be hung high on a wall—well above the viewer.

A drawing in the Morgan Library & Museum in New York City reveals that the picture was originally even grander: Rubens executed a full-length portrait, with the marchesa standing on a terrace with a view into the distant landscape at the left, but unfortunately, at some point during the 19th century, the canvas was cut down to its present format.

The marchesa's young face, animated by her large, keen brown eyes and gentle smile, is set off by her enormous yet elegant ruff. Her commanding presence is further accentuated by the glowing satin, the lace of her gown, her jewels, and the elaborate hair ornament crowning her carefully curled locks. Behind her, the rich luster of the marble and stone of a palazzo add to the sense of limitless luxury. The Spinola family, major art patrons in Genoa, derived their affluence from mercantile and banking enterprises. It was the norm for families to consolidate their wealth through intermarriage, and Brigida Spinola married her cousin Giacomo Massimiliano Doria in 1605. Widowed in 1613, she later married the widower Giovanni Vincenzo Imperiale, a senator of the Genoese republic who was also devoted to poetry and art collecting. The marchesa's self-possession also may have been engendered by the unusual—for that era—legal rights and civic role that Genoa's constitution granted its women. The future Pope Pius II, while still a youthful secretary to a Cardinal, commented that Genoa was a "paradise for women."

Rubens visited Genoa, a wealthy financial and mercantile center, at least twice and clearly admired the city and its people. Their active lifestyles as bankers, merchants, ship owners, and military leaders would have reminded him of Antwerp, the economic and cultural center of the Southern Netherlands. By the time he made this portrait, Rubens had been in Italy six years. Trained in classical ideals and philosophy, he had travelled from Antwerp to Italy around 1600 to experience firsthand its artistic traditions, not only those coming from antiquity and the Renaissance, including the work of Raphael and Michelangelo, but also those being created by contemporary artists such as Caravaggio. The inspiration he gained from this multifaceted exposure profoundly affected his own style of painting and became the foundation for his future work. 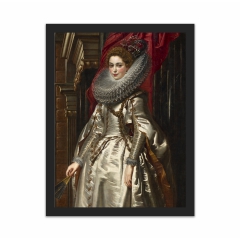 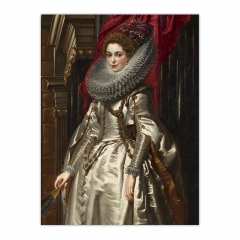