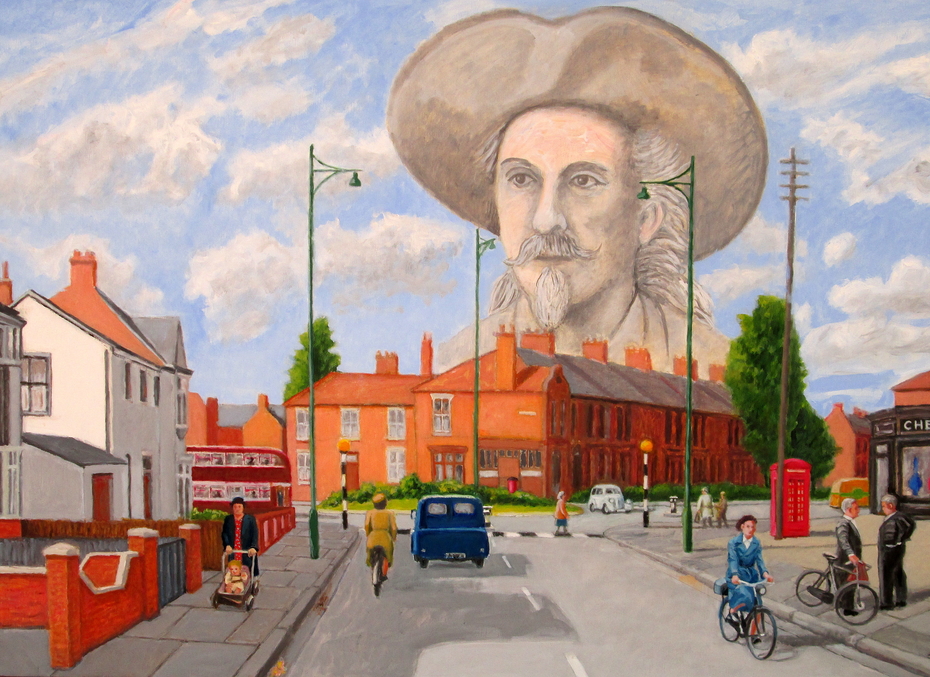 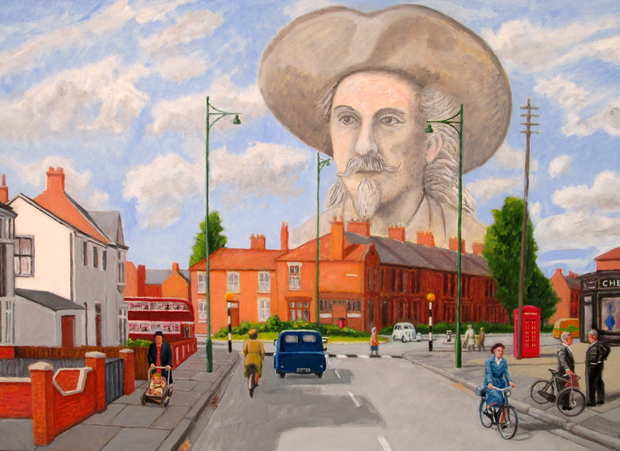 2016
Walker 'Fiveways roundabout from Carr Lane' (5/2016), oil on linen, 44 x 32 inches
-------------------------------------------------------
As a teenager I lived near a roundabout called 'Fiveways' located in an Eastern suburb of Grimsby, Lincolnshire. Virtually every day I passed through it on foot, by bus or by bicycle. It was not particularly remarkable - I recall it had a Chemist’s shop and a bank - apart from the fact that it was the junction of five roads. Two of these roads - Carr Lane and Park Street - marked the boundary between the towns Grimsby and Cleethorpes. The roundabout and the surrounding streets were built during the 1920s and 1930s before that there had been open fields. As a boy during the 1950s I was a fan of Western movies (a genre that had a golden age in the 1950s) but I did not know that on 30th June 1904 these fields had hosted a real Wild West phenomenon: Colonel William Cody 's touring spectacle 'Buffalo Bill’s Wild West and Congress of Rough Riders of the World'. I still find it amazing that Grimsby should have been visited by Cody, cowboys, 500 horses, and Native Americans who included the son of Sitting Bull. This immensely popular show was, of course, the precursor of the Westerns I enjoyed in the cinemas. Nearby Grant Thorold Park, a place I often played in, was opened on the same day and it seems workmen employed by Cody helped to re-erect a collapsed marquee in which lunch was to be served to mark the park's opening. The painting juxtaposes two time periods – 1904 and the 1950s, and two genres of painting - townscape and portraiture. It demonstrates, I think, that a knowledge of history can transform unassuming, everyday places into mythical places. 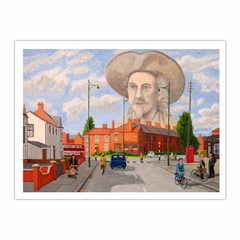