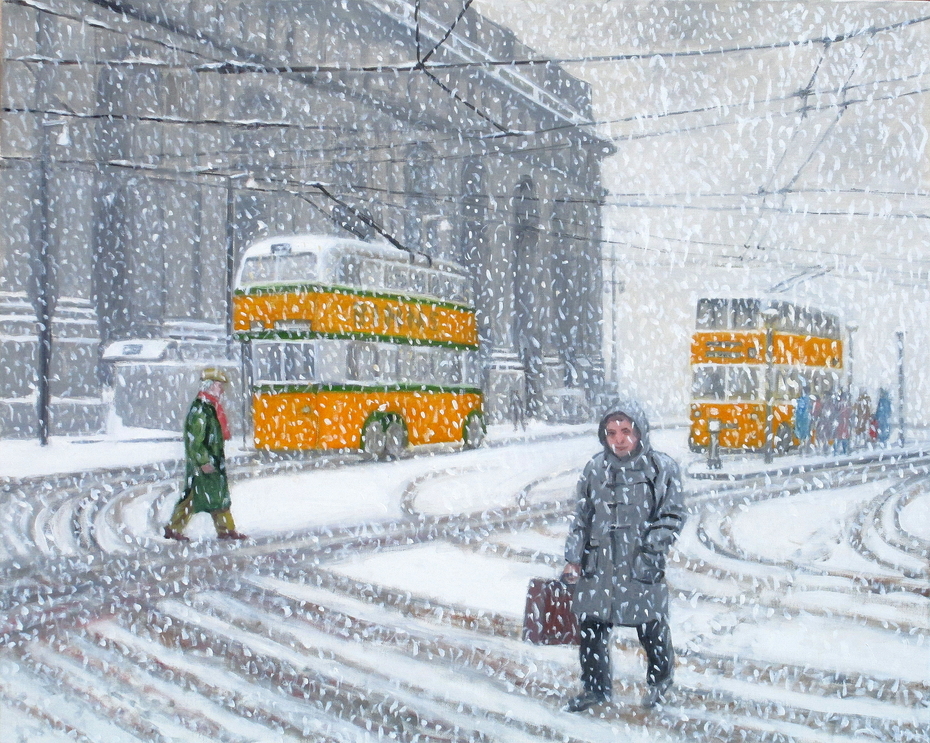 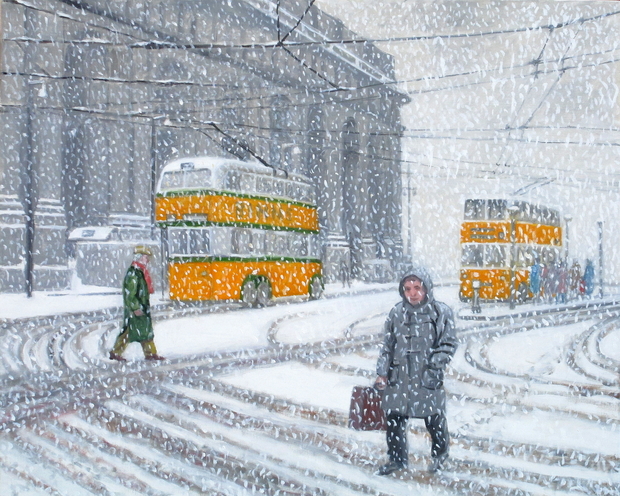 2016
Walker, ‘The Portico, Central Station, Newcastle upon Tyne, 1950s’, (2016) oil on linen, 30 x 24 inches
In Autumn 1956 I journeyed to Newcastle in order to study fine art at university. Over the next few years I passed through the city’s Central Station many times and was particularly impressed by its grand, gloomy Portico. The Station dates from 1845-50 and was designed by local architect John Dobson. Its style is neo-classical with ornamental work of the Doric Order. The Portico, however, dates from 1863 and was designed by Thomas Prosser, it was extended c.1890 by W. Bell. The Station was officially opened in 1850 by Queen Victoria. A century later, trolley buses in orange-yellow livery were a popular form of transport (they were phased out in the mid-1960s). I soon discovered that the winters in Newcastle were harsh; consequently, two of my first purchases were a charcoal grey duffle coat and a college scarf. This snowy townscape evokes a particularly strong memory of fisticuffs with drunken louts that began on a trolley bus close to the Station. 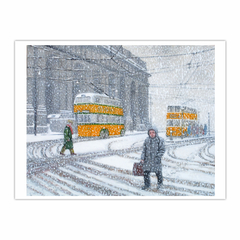