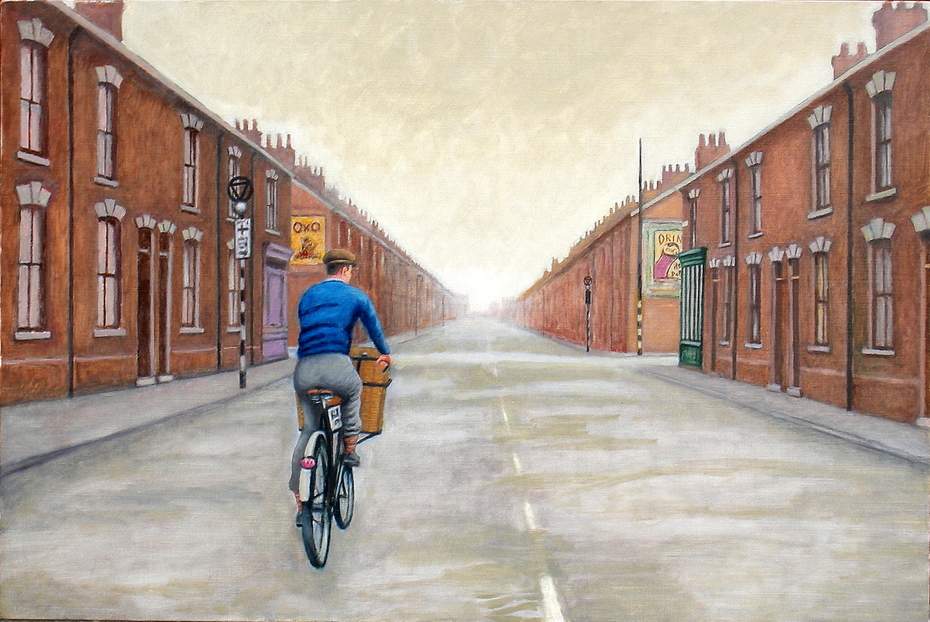 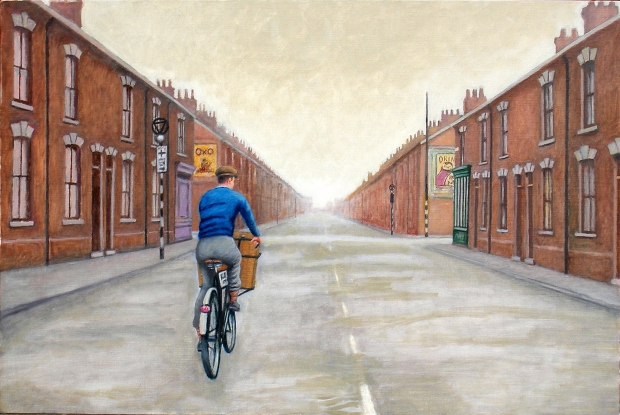 As a teenager during the 1950s, to earn pocket money, I worked for a time as a delivery boy for a grocers in the West Marsh district of Grimsby. The terraced streets of identical, red brick houses laid out in a regular grid fashion struck me as both epic and melancholic. The houses had been built during the late nineteenth century as cheap accommodation for fishermen and dock workers and were let on 99 year leases. Blackened by the smoke from coal fires, they were reaching the end of their usefulness. Cycling along the streets towards the vanishing point on the horizon, one had a sense of infinity. The theme of the delivery boy is popular in the mass media of advertising - witness the famous Hovis bread television commercial featuring such a boy and bike dating from 1973. (It was written by Geoff Seymour, directed by Ridley Scott and produced by the agency Collett Dickenson Pearce.) This advert is infused with a golden glow of nostalgia whereas my picture, I would argue, is more accurate and realistic. 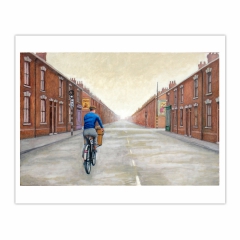