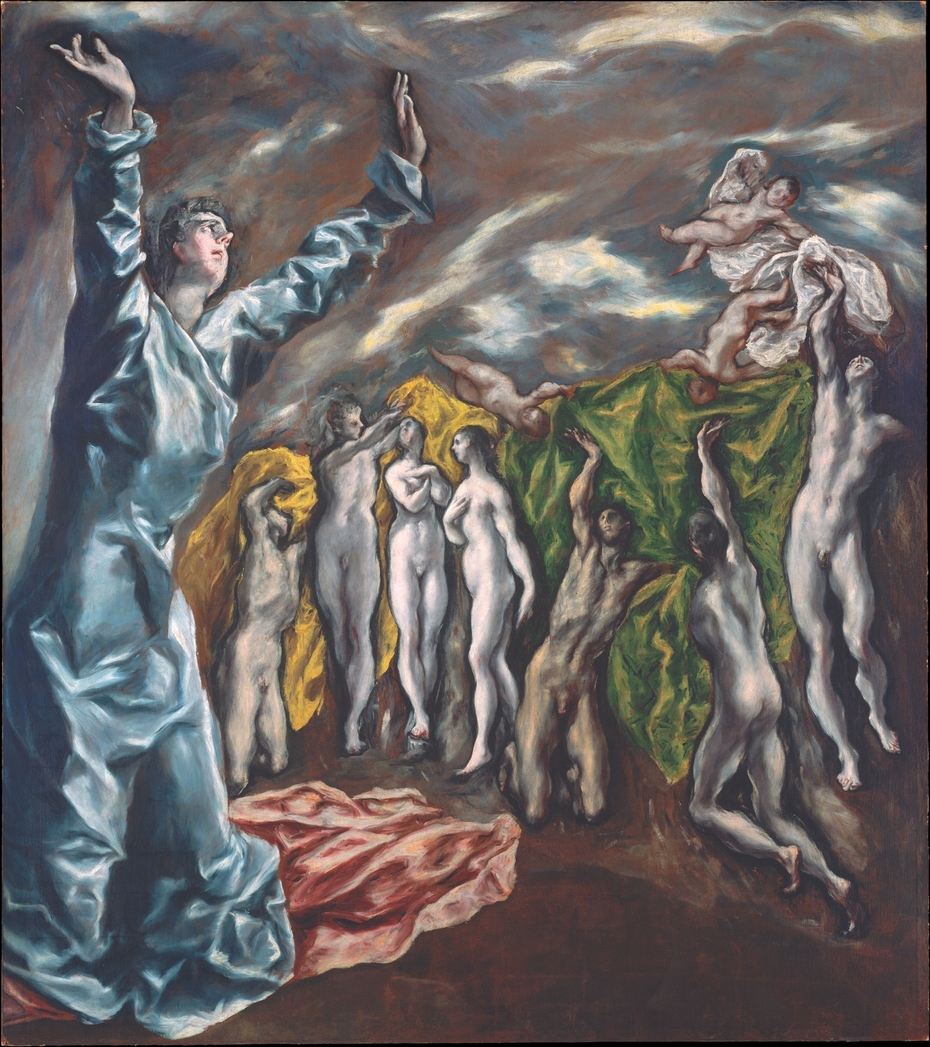 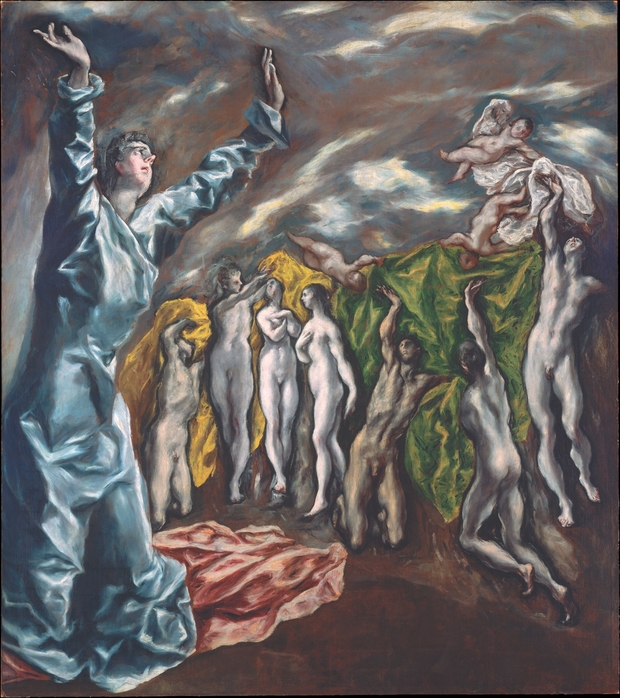 The Vision of Saint John

1608 - 1614
The painting is a fragment from a large altarpiece commissioned for the church of the hospital of Saint John the Baptist in Toledo. It depicts a passage in the Bible, Revelation (6:9-11) describing the opening of the Fifth Seal at the end of time, and the distribution of white robes to "those who had been slain for the work of God and for the witness they had borne." The missing upper part may have shown the Sacrificial Lamb opening the Fifth Seal. The canvas was an iconic work for twentieth-century artists and Picasso, who knew it in Paris, used it as an inspiration for Les Demoiselles d’Avignon. (Source: The Metropolitan Museum of Art)

Notes from the contributor:
Also known as 'The Opening of the Fifth Seal'