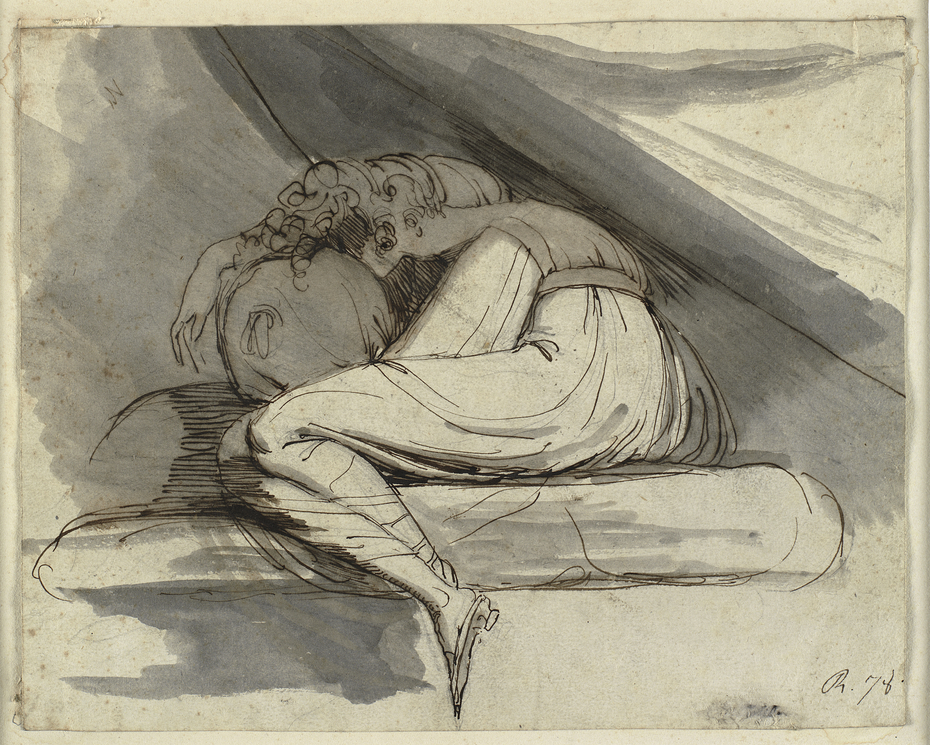 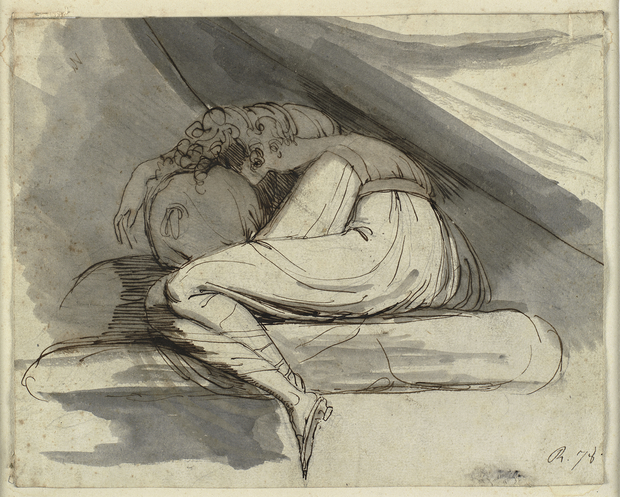 Füssli’s drawing has no specific meaning or content, shows no specific scene. No particular story is being related here, nor does the scene refer to a character known from literature. The female figure in the drawing primarily refers to itself, the forms determining the picture’s content.

The drawing's figure
The figure’s curling position, closed in upon itself; the curve of the neck; the sharp, angular abstraction of the face; the hair flowing chaotically across the pillow; the limply dangling hand; the sharply pointed foot – all this is combined to form an impression of restlessness and tension, creating an image of a woman who appears to be in a traumatic state.

Michelangelo as role model
The picture points back to Michelangelo (1475-1564), Füssli’s great role model. When the stories are peeled away, only the nameless figure is left, says the art historian Julius Lange (1838-1896) about the essence of Michelangelo’s figures. The figures become real, come into their own through their physical, bodily expressions.

Like so many of Füssli’s works, the drawing’s abstract, formal statement about human existence can also be viewed as forestalling modernism and its permanent awareness of crisis.

License:
Courtesy of the National Gallery of Denmark
For more:
http://www.smk.dk/en/explore-the-art/highlights/johann-hein…