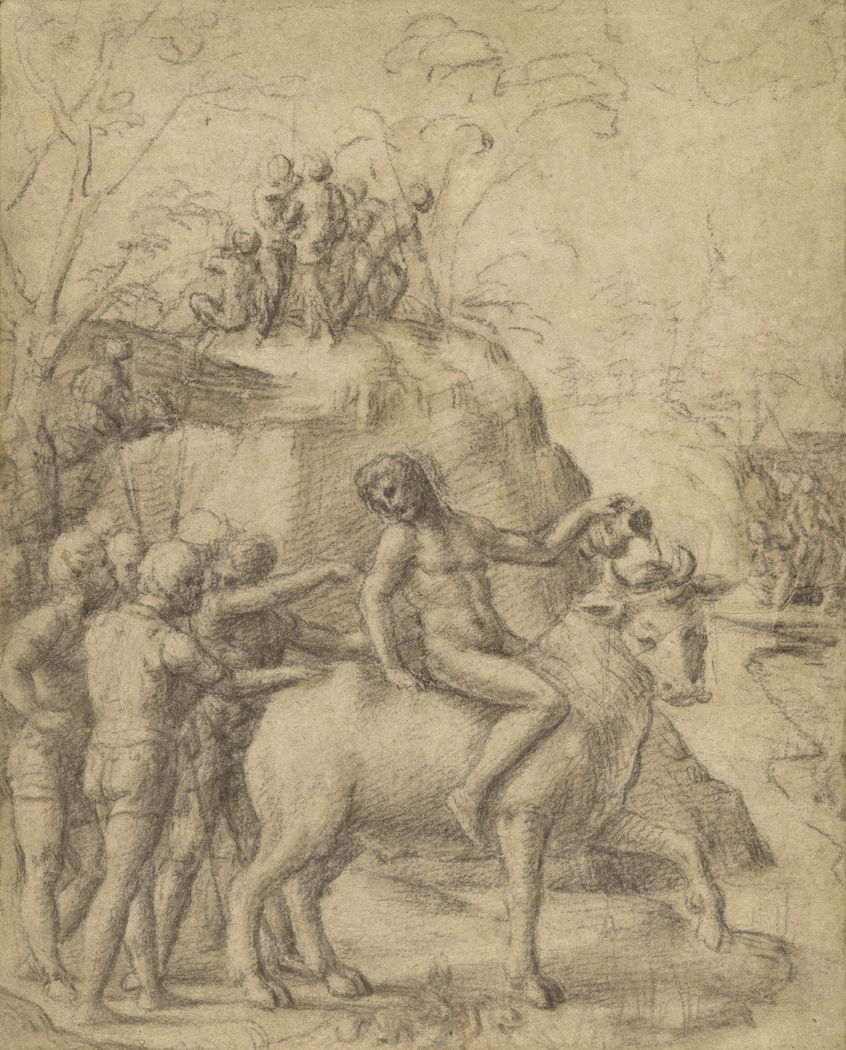 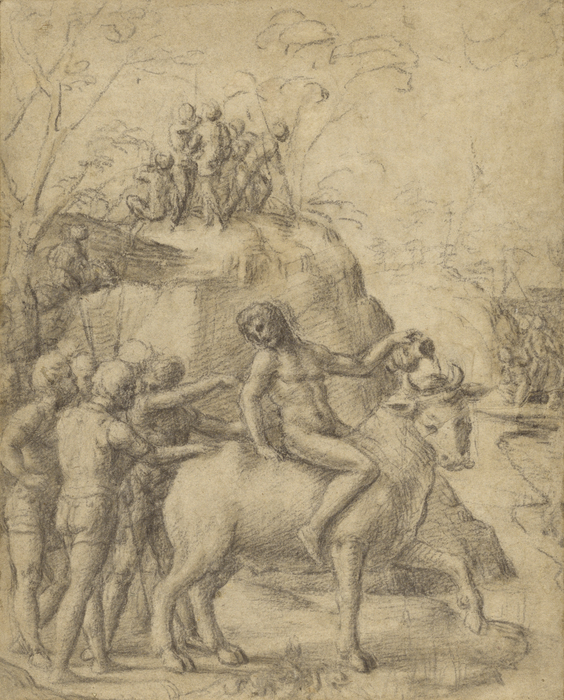 A Man Riding a Bull, and Other Figures

1517 - 1519
Correggio softly contoured and modeled the figures in the foreground with pronounced sfumato , especially the man on the bull. He typically employed this sensuous handling of figures, which he had adopted from Leonardo da Vinci. In contrast with the careful modeling of form and detail in the figures, Correggio rendered the landscape with quick gestures of chalk. This is a rare drawing from his early years and one of the few he made using black chalk.

Scholars are uncertain about the subject of this drawing, but the prominence of a nude man riding a bull in the foreground and figures massed in the background suggests a literary source in Greek and Roman mythology.