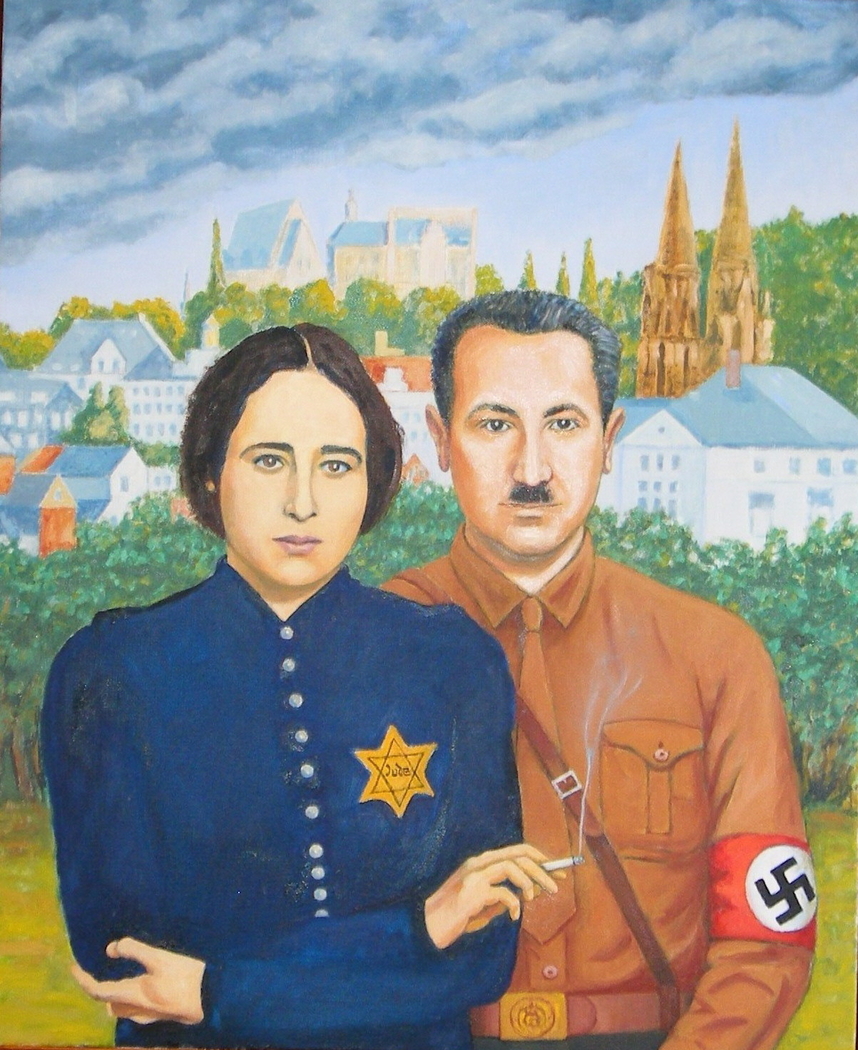 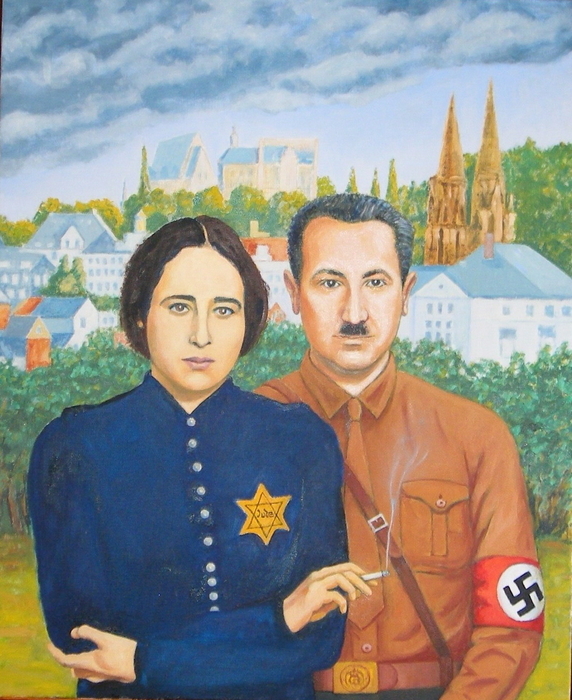 2010
The two philosophers in question were Hannah Arendt and Martin Heidegger. Arendt was Heidegger’s pupil in the 1920s when he taught at Marburg University (Marburg is in the background). They had a secret, passionate affair even though Heidegger was a Catholic and a married man with children. He later joined the Nazi party and his existentialist philosophy, it has been argued by a number of scholars, was permeated by Nazi ideas. He became a director of a university and excluded Jews from the faculty. (In my view he was one of the most despicable human beings to have ever lived.) Arendt, because she was Jewish, had to flee Germany and she made her home in the United States where she became a noted philosopher in her own right. Remarkably, she resumed her friendship with Heidegger after WW2 and helped his publishing career. It seems she forgave his ‘errors of judgement’. The story of their love affair is recounted in several books. In this painting I sought to distil their extraordinary, paradoxical relationship in a double portrait. . 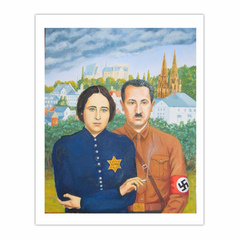