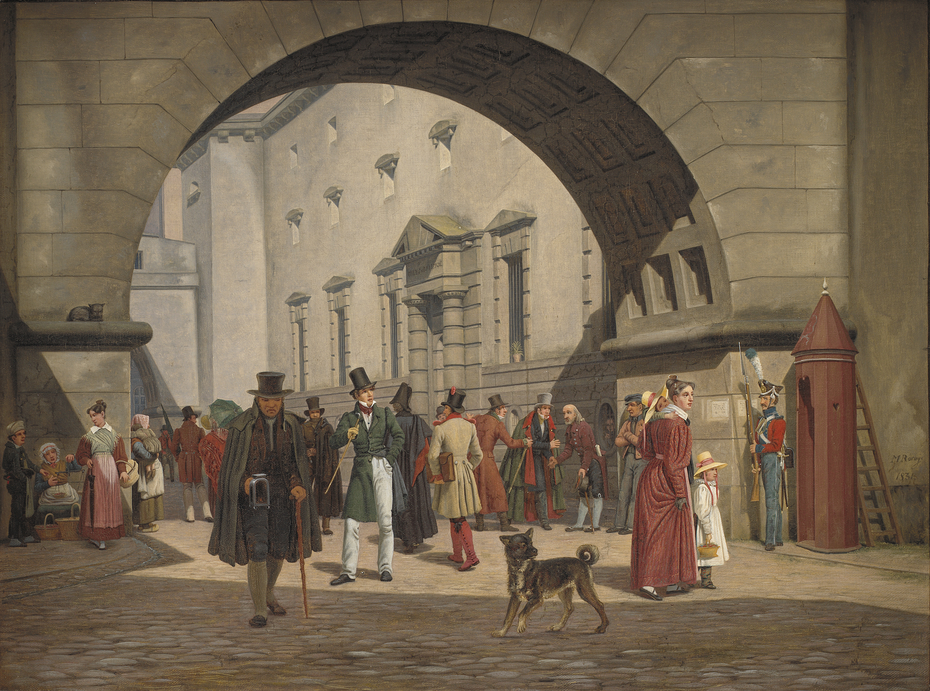 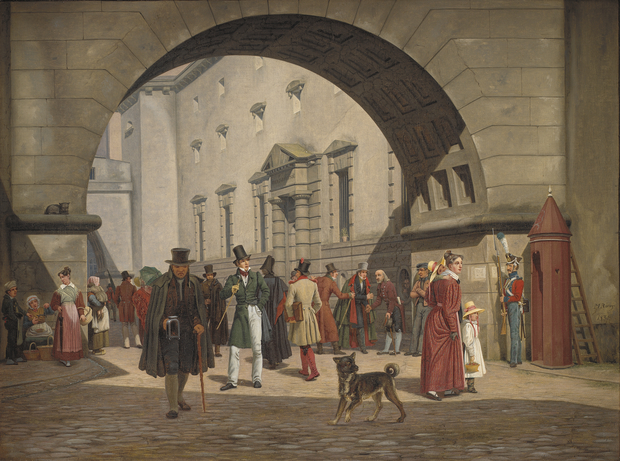 The Prison of Copenhagen

1831
During the years where Rørbye concluded his time at the Royal Danish Academy of Fine Arts, he did large numbers of drawn landscapes and views of Copenhagen and its environs, as well as paintings showing scenes of street life in the Danish capital.

The painting's figures
In the background a young man is asking an older moneylender for a loan, while another young man points an admonitory finger to the debtor’s prison behind him. To the left of the arched doorway the transaction between the old and young women refers to the scales of Justice; the young dandy in the middle of the picture, his hand in his bulging pocket, sends lusty glances at the young mother to the right.

The small signs of the characters’ less than appealing traits are commented on by the old man in the foreground – a misanthrope who does not even put out his light in broad daylight.﻿

License:
Courtesy of the National Gallery of Denmark
For more:
http://www.smk.dk/en/explore-the-art/highlights/martinus-ro…