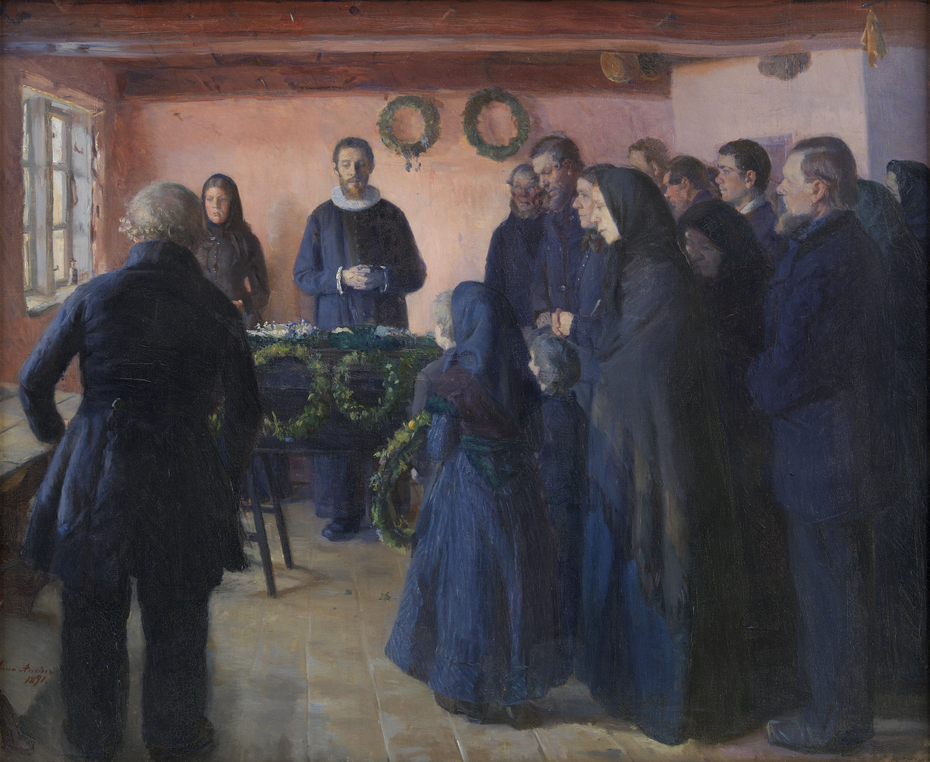 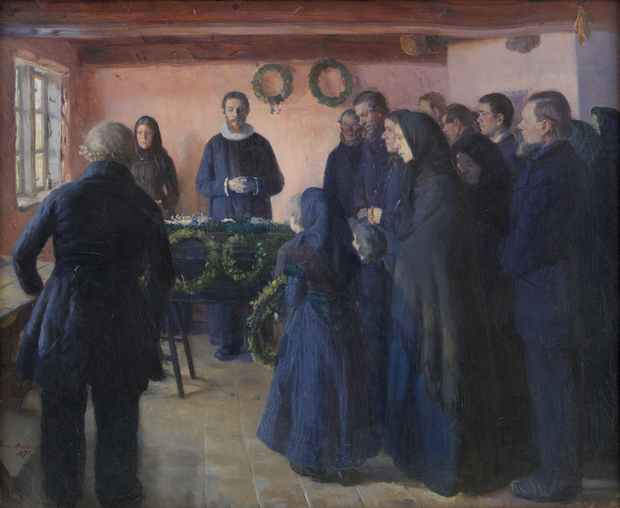 1891
In June of 1854 Frederik Vermehren met this 82-year-old shepherd on the Jutland moors. He wandered, knitting, among the flowering heather with his sheep, his only company the dog resting at his feet. Over the next few months this fortuitous encounter gave rise to one of the principal rural scenes in Danish art history.

Man's affinity with nature
Working his way through several pencil and painted studies, Vermehren slowly approached the final incarnation of the scene which is about much more than simply the old man on the moors. Taking the mundane scene as its point of departure, the picture before us is a rendition of man’s affinity with nature, of a simple life lived in harmony with nature and the God whose presence is felt in the grand landscape.

Eckersberg's view of art
Within art history Vermehren is often referred to as a conservative guardian of the status quo. This is a consequence of the views he expressed during his many years as a professor, concluded with his retirement 1901: He unfailingly insisted on a view of art that originated with C. W. Eckersberg (1783-1853) in the beginning of the century. Thus, younger artists regarded him as a relic from days gone by. Back in the 1850s, however, Vermehren belonged to the progressive wing within Danish art and was one of the most active figures in the first rebellion against the Royal Danish Academy of Fine Arts’ resistance to change.﻿

License:
Courtesy of the National Gallery of Denmark
For more:
http://www.smk.dk/en/explore-the-art/highlights/frederik-ve…