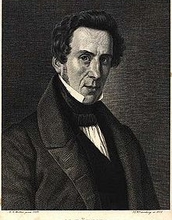 Martinus Rørbye (1803 – 1848) was a Danish painter, known both for genre works and landscapes. He was a central figure of the Golden Age of Danish painting during the first half of the 19th century.
The most traveled of the Danish Golden Age painters, he traveled both north to Norway and Sweden and south to Italy, Greece and Constantinople. He was also the first Danish painter to take to painting in Skagen at the northern top of Jutland, almost half a century before the thriving community of Skagen Painters formed and came to fame, through Michael Ancher, Anna Ancher and P.S. Krøyer.
[Source]
more >
20