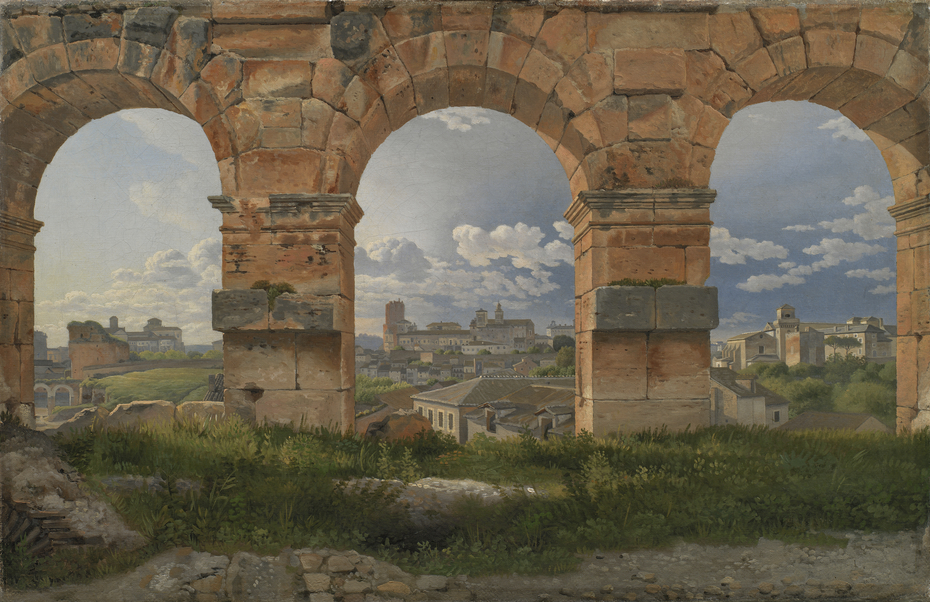 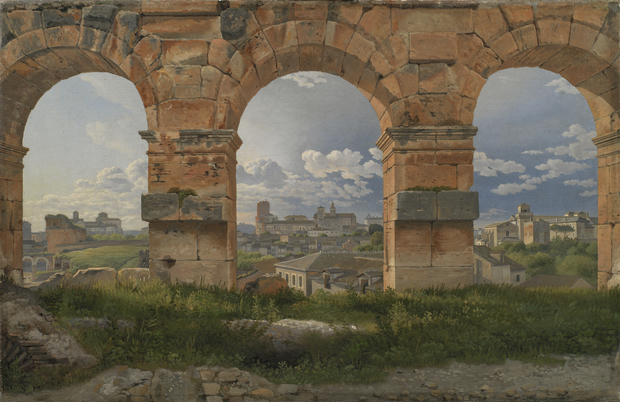 1815
During his years in Rome from 1813 to 1816, C.W. Eckersberg painted a large number of pictures of the city’s ancient ruins, particularly the old amphitheatre the Coliseum. He painted many views from the inside of the building, and here he has taken up position on the third storey, painting the view through three arches there.

A keen eye on the details
He observed the details of the scene with great care, depicting every one of them exactly as he saw them. Nevertheless, the overall view is a construct: the artist used the arches to link up three views that are slightly separate in real life to form an all-new, harmonious whole.

Open-air painting
Eckersberg began his open-air painting, previously unknown within Danish art, while in Rome, completing the painting on site. This gave him the opportunity to observe the scene more directly, and the rendition is characterised by great freshness and immediacy. He undoubtedly used binoculars to be able to faithfully reproduce the details in the background.

Danish Golden Age
With his art firmly anchored in representations of reality, Eckersberg laid down the foundations for the next three or four decades of Danish painting, thus helping to create the Golden Age of Danish art. Eckersberg was appointed professor at the Royal Danish Academy of Fine Arts in 1818, giving his students the chance to study his Roman scenes at the residence provided for him at Charlottenborg.