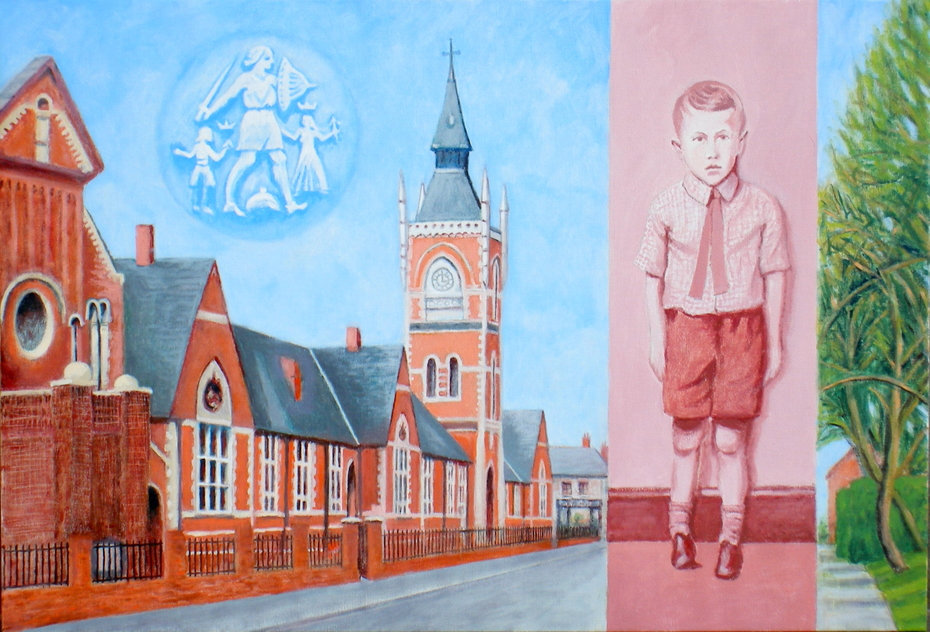 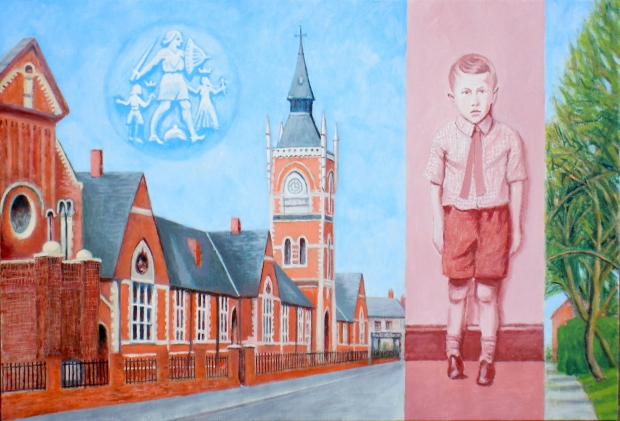 2012
I attended this school from the ages of five to eleven (1943-49). It was located at the corner of Heneage Road and Wellington Street, Grimsby and was a short walking distance away from my home in Newmarket Street. The Victorian building was designed by the London architect Charles Bell in 1876 and functioned as a primary school until 1967. It is now a grade II listed building. The building’s style is Gothic Revival and it is constructed from red brick and limestone. It has an attractive three-storey clock tower.

In the sky is a roundel depicting three figures: Grim, a Danish fisherman that legend has it, founded Grimsby in the ninth century AD; Havelock the Dane, his adopted son, who became a King and Princess Goldburga his Saxon bride. The roundel is based on a stone relief carving that appears on the façade of the School and is in turn based on the town’s ancient seal. The romantic story of Grim and Havelock was recounted in history lessons. The only teacher I remember clearly was called Miss Phyllis Gaine. She was an amateur water colourist and naturally encouraged my artistic abilities. This was the era of free milk but I didn’t like the taste so she offered me some coffee made from Camp liquid - it was so revolting I returned to milk. We learned to write using pens and ink. A favourite task was distributing the deep blue ink to the all the ink wells in the desks of the classroom.

To the left of the school in the painting is the Sir Moses Montefiore Synagogue built in 1885-89. As a schoolboy I was unaware of the building’s religious function and that Grimsby had a Jewish community. In the distance, at the corner of Wellington and Albion Streets, was a conveniently situated sweet shop. However, since this was the era of food rationing, the shelves inside were virtually empty and only small portions of chocolate were available in exchange for coupons, The shop window, I recall, was full of displays of confectionery in the form of cardboard boxes and imagery. This was my first encounter with the notion of ‘simulation’.
To the right of the painting I appear aged five or six wearing a brown check shirt and short brown trousers. I was very pleased by the shirt and this feeling was my first consciousness of fashion. This image is obviously based on a family photo. 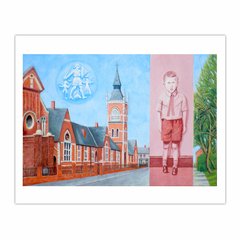