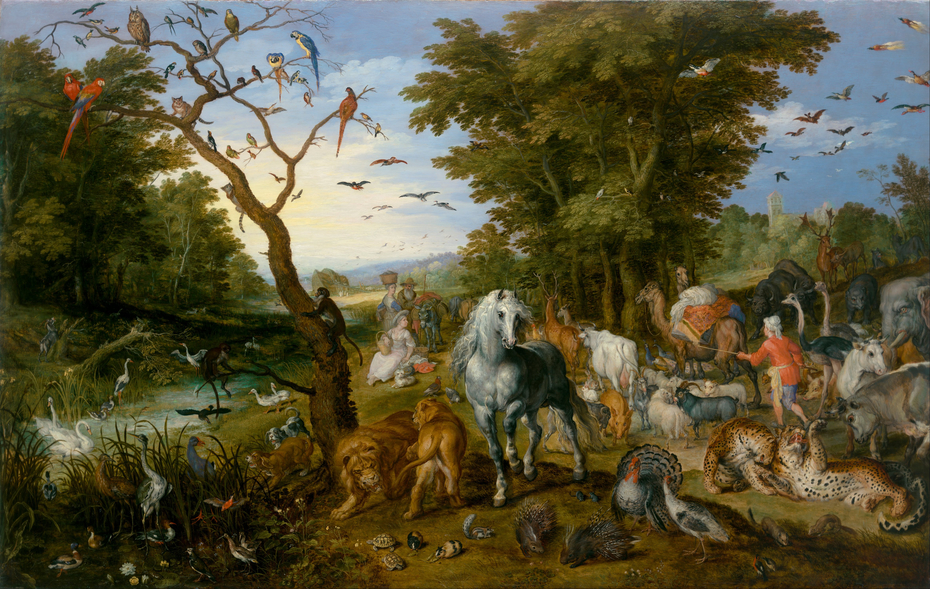 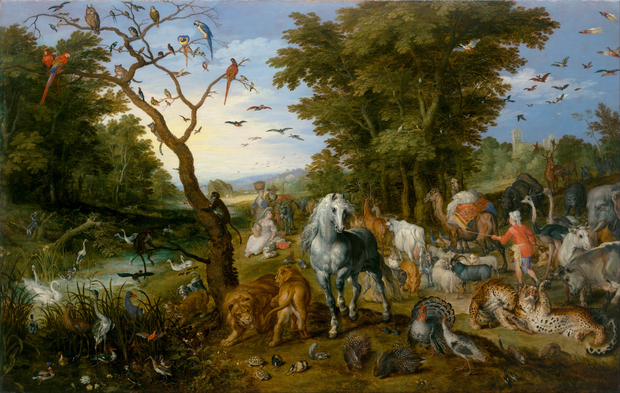 The Entry of the Animals into Noah's Ark

1613
A profusion of animals fills the earth and sky. Fighting, playing, climbing, flying, and swimming, they are shepherded by Noah toward the ark in the far distance. All species of animals are portrayed, from large lumbering elephants to tiny turtles and hamsters in the foreground. Bats and birds soar across the sky, receding into the background where brighter skies hold promise of a future.

The story of Noah's ark provided a subject well suited to Jan Brueghel the Elder's descriptive abilities. Overcome by the wickedness of the human race, God resolved to cleanse the earth with a great flood. He spared only the lives of the family of Noah, the sole just man. God instructed Noah to build an ark and to take on board a male and a female of every species of bird and beast.

In 1609 Brueghel was appointed court painter to Archduke Albert and the Infanta Isabella, who had collected exotic and unusual animals from across the world, creating a menagerie in Brussels. Brueghel studied and drew many of these animals from life. With the discovery of the New World in the 1600s came an increased curiosity about natural history. This interest led many European rulers, who had in the past collected stuffed animals, shells, and other natural objects, to form menageries of rare live animals. [source] 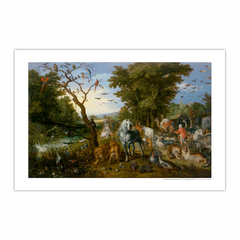