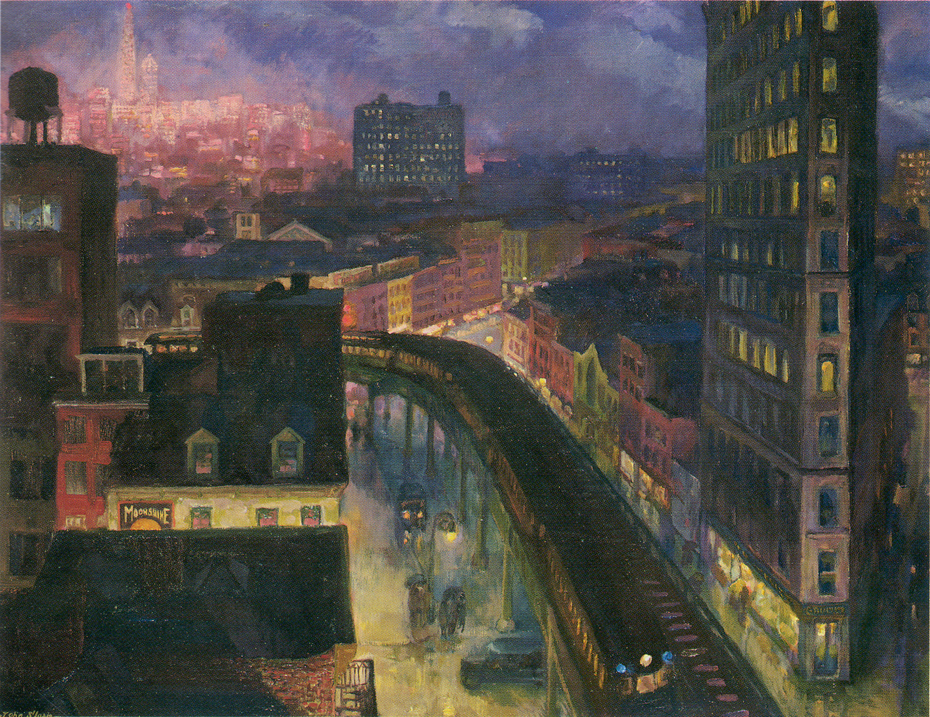 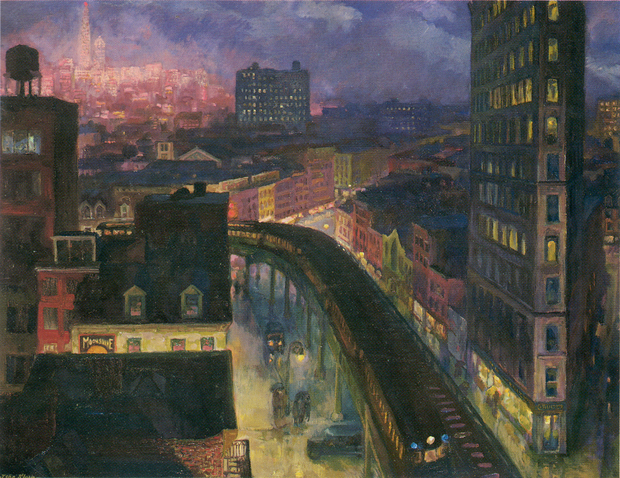 The City from Greenwich Village

John Sloan was noted for his realist representations of life in New York City’s poor immigrant neighborhoods. Painted in 1922, this nocturnal vista of Lower Manhattan, seen from the roof of his Greenwich Village studio, is regarded as the culmination of Sloan’s city scenes. In his own description of the picture, Sloan stated that it “makes a record of the beauty of the older city which is giving way to the chopped-out towers of the modern New York.” Sloan has commented on the artifice of the modern city by including the Moonshine advertisement on a building at the lower left. This fictional brand is a reference to the illicitly distilled and distributed liquor that was popular during Prohibition. The truncated moon graphic evokes what the city’s artificial electric lighting so effectively obscures: natural moonlight. Despite Sloan’s critical attitude toward urban modernization, the painting possesses a magical quality, as one looks over the elevated train tracks on Greenwich Village’s lower Sixth Avenue toward the eerily illuminated skyscrapers—the Woolworth Building and Singer Tower—on the horizon.