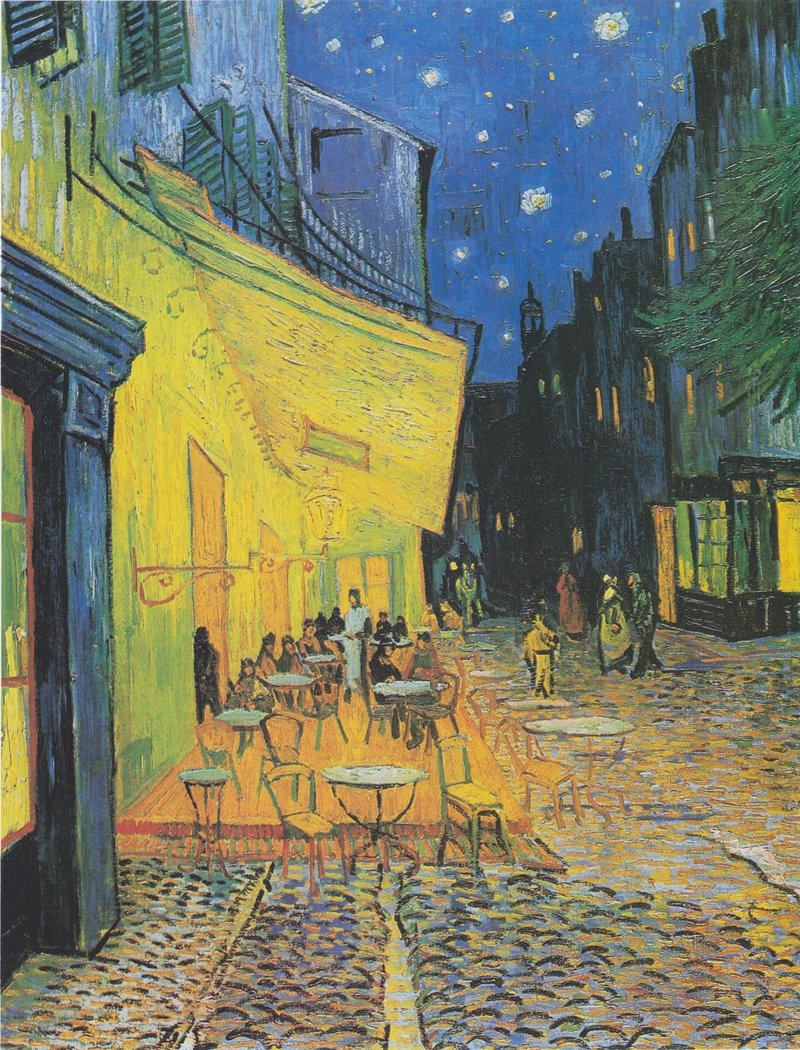 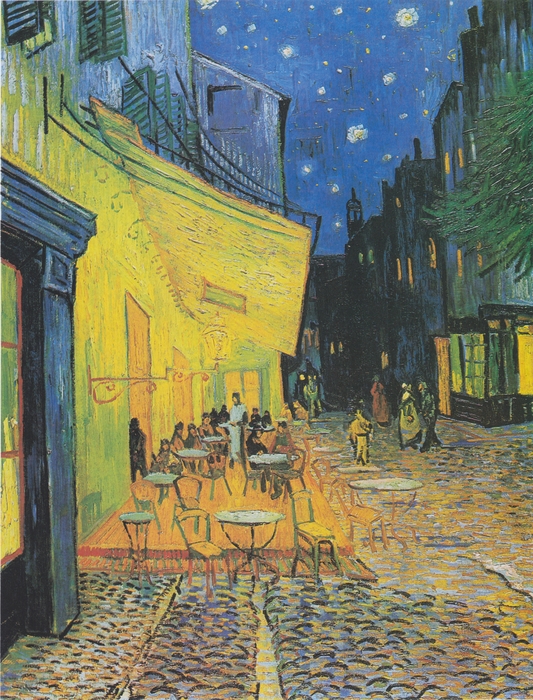 Van Gogh had intended to make a nocturnal painting for some time. And not one in the conventional manner, in shades of black and grey, but actually with an abundance of colours. Equally unconventional is that he paints this gas-lit terrace of a café in Arles in situ and in the dark, because colours have a different appearance during the day than by night.
Sharp contrast

The most eye-catching aspect is the sharp contrast between the warm yellow, green and orange colours under the marquise and the deep blue of the starry sky, which is reinforced by the dark blue of the houses in the background. Van Gogh was pleased with the effect: ‘I believe that an abundance of gaslight, which, after all, is yellow and orange, intensifies blue.’
Constellations

He writes to his sister Wil: ‘I enormously enjoy painting on the spot at night.’ The fact that he observes keenly is borne out by later astronomical research. He painted the constellations precisely as they appeared on the night of 16 or 17 September 1888.