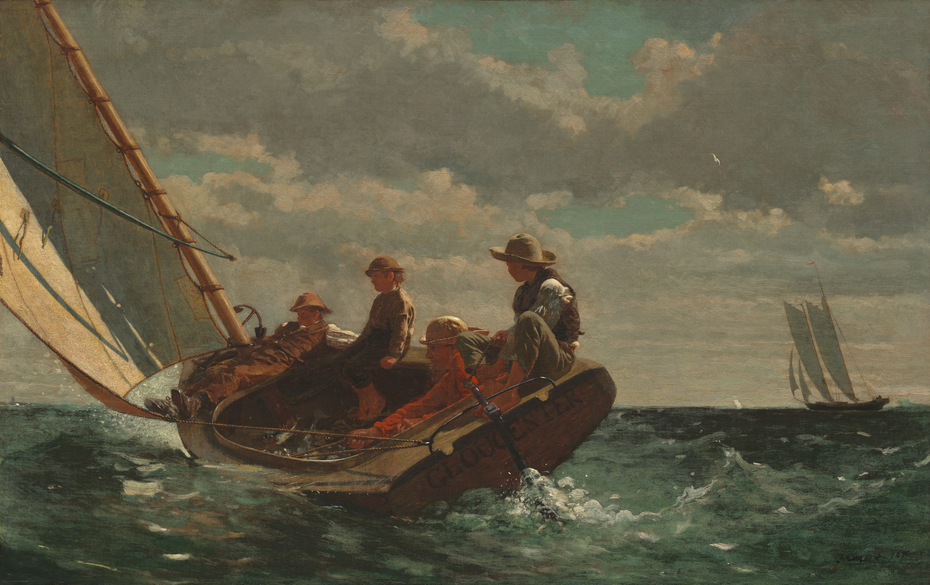 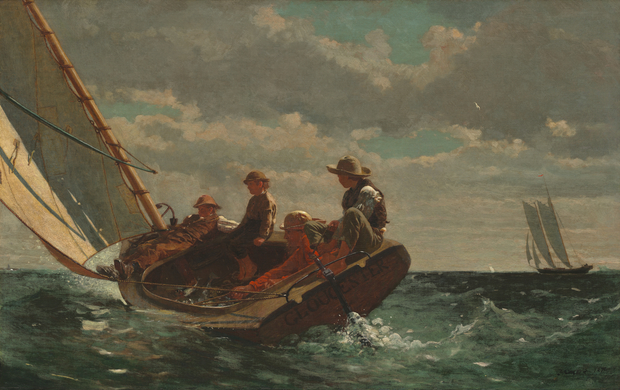 Breezing Up (A Fair Wind)

1876
Homer developed a penchant for forceful realism early in his career. Following an apprenticeship in a Boston lithography shop, he supported himself as a freelance illustrator, creating a wide variety of popular images that subsequently were published as wood engravings in national periodicals like Harper's Weekly. During the early 1860s, his themes ranged from stylish seaside–resort life to the horrors of the battlefield. Following an extended trip to Europe in 1866–1867, Homer adopted a warmer palette, a looser brush technique, and an interest in painting outdoor scenes that owed much to the influence of contemporary French artists such as Courbet, Manet, and Monet.

Upon his return to the United States, Homer turned his attention to lively scenes of sports and recreation, painting warm and appealing images that perfectly suited the prevalent postwar nostalgia for a simpler, more innocent America. Breezing Up (A Fair Wind), painted during the country's centennial year, has become one of the best–known and most beloved artistic images of life in 19th–century America. 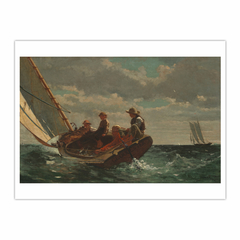 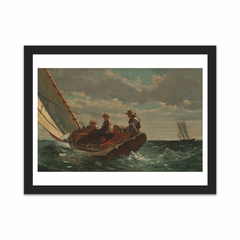