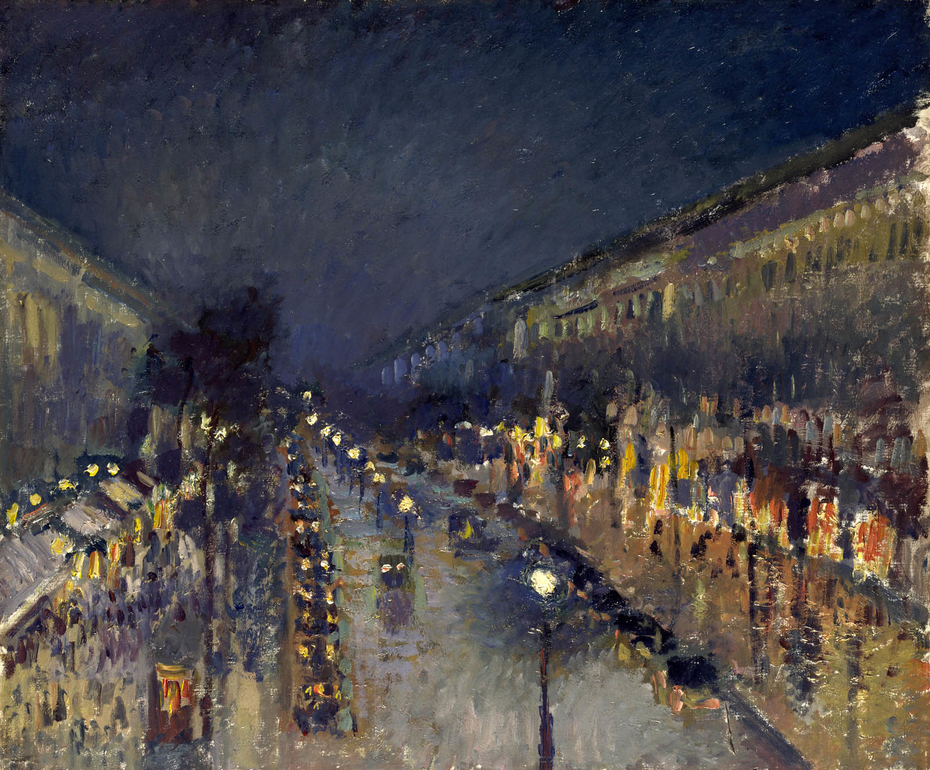 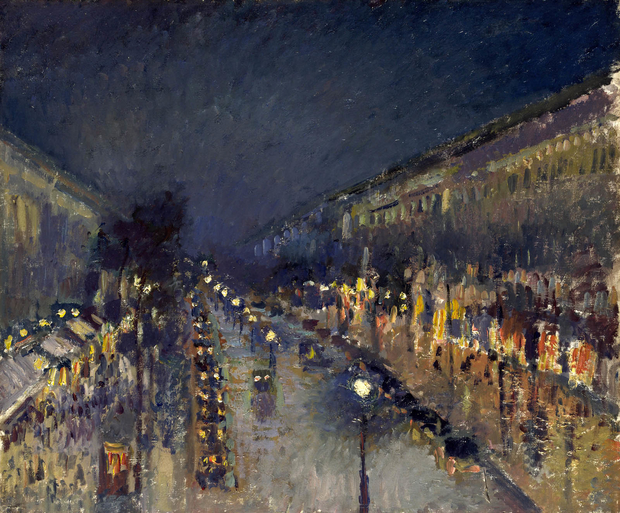 "Towards the end of his life Pissarro increasingly turned to the representation of town scenes in Paris, Rouen, Dieppe, Le Havre and London, mainly painted from the windows of hotels and apartments. In February 1897 he took a room in Paris at the Hôtel de Russie on the corner of the Boulevard des Italiens and the Rue Drouot, and produced a series of paintings of the Boulevard Montmartre at different times of the day. Pissarro may have been influenced by the series of paintings on which Monet was engaged at this time, and by the earlier urban scenes of Manet.
This painting is the only night scene from this series, and is a masterful rendition of the play of lights on dark and wet streets. Pissarro neither signed nor exhibited it during his lifetime." source: The National Gallery

License:
Image may be subject to copyright. Exhibited on USEUM for scholarly use.
For more:
http://www.nationalgallery.org.uk/paintings/camille-pissarr…