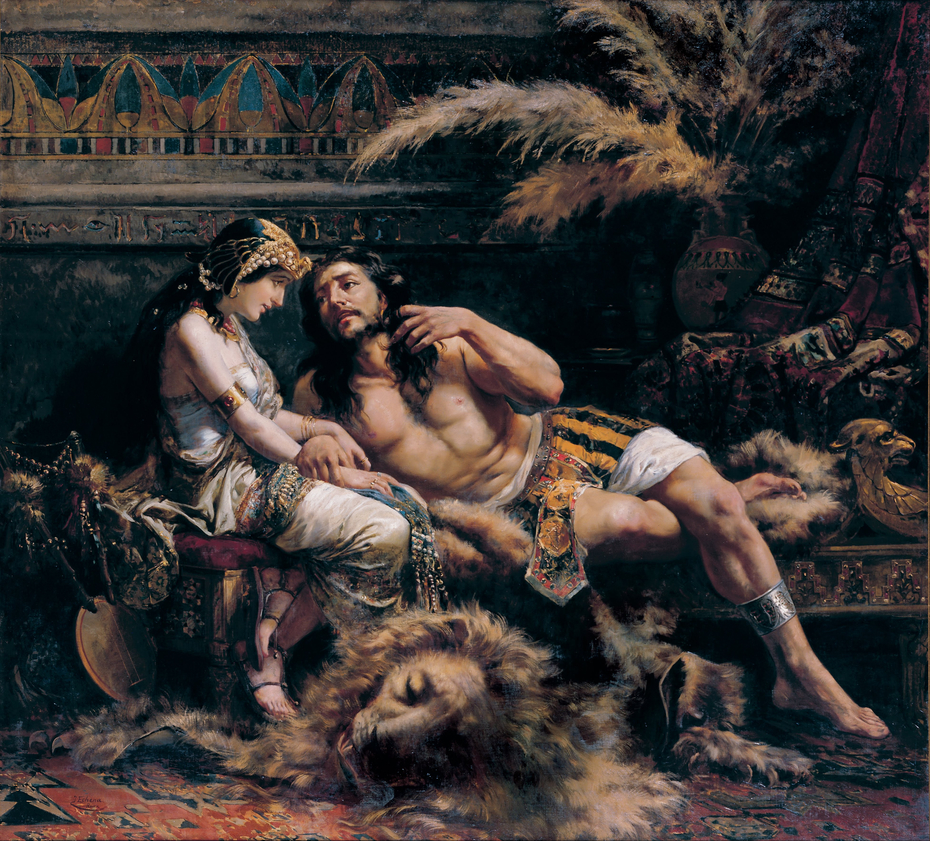 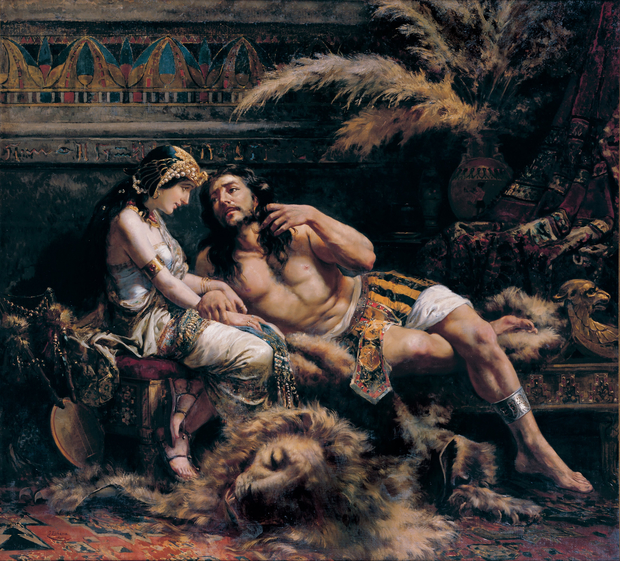 Conceived in 1886 and completed in 1887 to be displayed at that year's National Exhibition in Madrid, the painting Samson and Delilah was first shown to great acclaim in the artist's Roman studio. With a reduced palette yet an obvious concern for capturing the different nuances of objects and fabrics, the work depicts the precise moment in which Samson confesses the source of his superhuman strength to Delilah: his long locks of hair. However, the crisis that Spanish religious painting was experiencing during the 19th century led Echenagusía, nick-named "Echena", to introduce Orientalist features into this passage from the Old Testament, and the composition was therefore considered to have "scarce Biblical flavour". Consequently, it was not deemed worthy of any award, which prompted the anger of the artist, who decided not to send any further works to the national competitions.

The choice of setting—ancient Egypt—is no doubt the result of the same inspiration that in the mid-eighties had led several painters in Echena's circle, such as Anselmo Guinea, Juan Luna or Ramón Tusquets, to recreate scenes of that same period.

What about a meme?

Size:
183.7 cm x 200.8 cm
Medium:
Oil on canvas
License:
This image may be subject to copyright
For more:
https://www.museobilbao.com/in/obras-comentadas/echenagusa-…